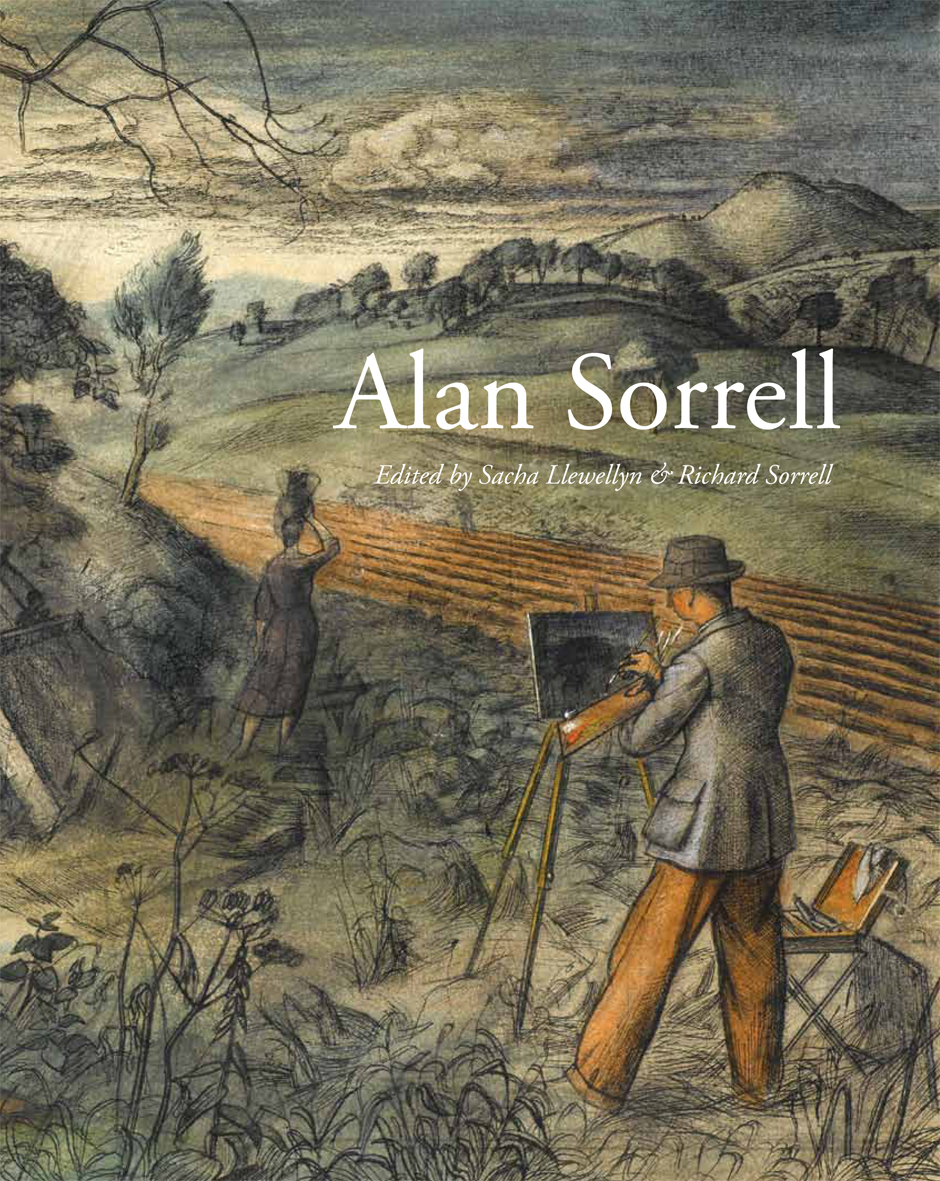 Here’s a must-see show for anyone with an interest in 20th century English art, because his work is so much of its time, yet so rarely exhibited. I’ve loved Alan Sorrell’s pictures since I first saw examples when I was at school. He drew well, his compositions were often exciting, he liked old things, and he struggled with conflicts between “proper” art and commercial art, between modernity and antiquity, and just doing what he wanted to do. He created a strong Stonehenge collection, to sit with confidence beside those of, for example, Bill Brandt, Henry Moore or Turner – all these groups show us something new about Stonehenge in a particular time and context.

Archaeologists often know reconstruction illustrations Sorrell did for the Ministry of Works and other archaeological clients. Much of his most impressive work was done elsewhere, as we can see in this show and the accompanying book – yet trying to reinvent him as an artist in the mould of contemporaries such as Piper, Bawden, Ravilious (see my 2005 British Archaeology article below) can risk missing his unique contribution as an illustrator. Much to enjoy and think about.

If you’re in London next Friday (November 15), there is a day symposium about Sorrell – which must be the first ever – organised by Liss Fine Art (who are also behind the show), with lunch and a private view of the exhibition in the price. Speakers include Sacha Llewellyn, Peyton Skipwith, Sara Perry, Alan Powers, Richard Sorrell (son of AR), and myself.

This feature was in British Archaeology Jul/Aug 2005/83, an edition that celebrated the 20th anniversary of the Battle of the Beanfield at Stonehenge with a feature by Andy Worthington, and another on Druids by Ron Hutton. Back copies from the Council for British Archaeology in York. 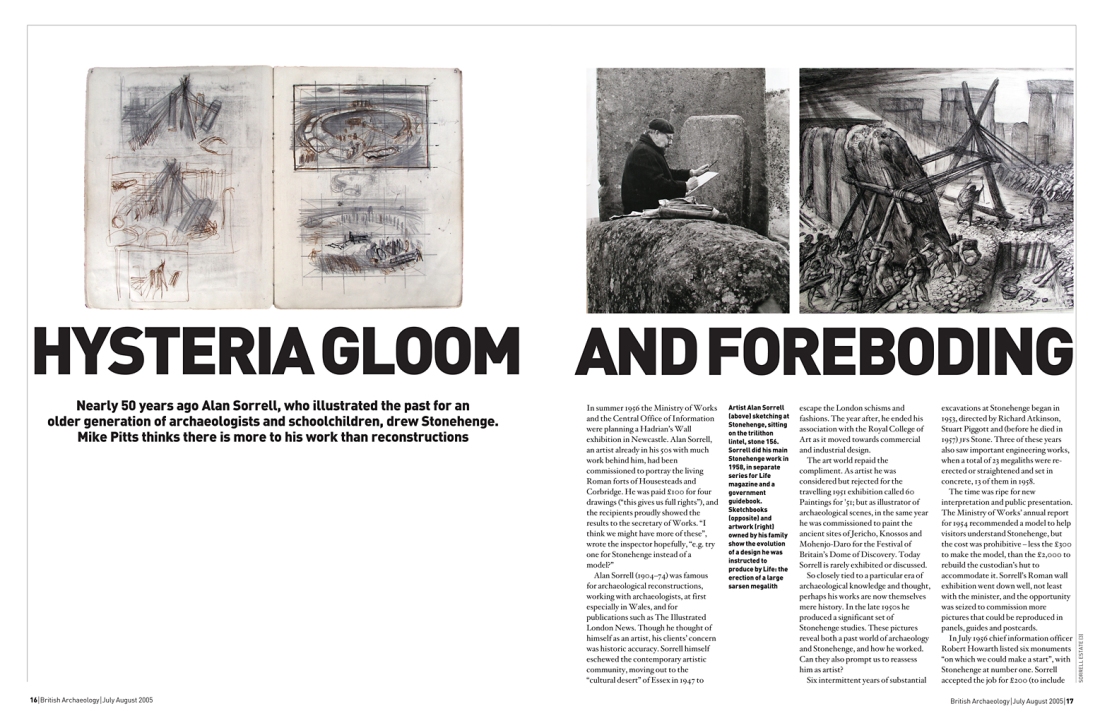 Here is the November 15 conference programme:

Peace and Purge: Alan Sorrell and the painting school at the Royal College of Art 1923-1963.

‘The Blanket of the Dark’: history and pessimism in twentieth century British art and literature.

Alan Sorrell and the Museum of London.

The man who saw ancient Britain.

Sorrell and the castle.

The life of an artist.