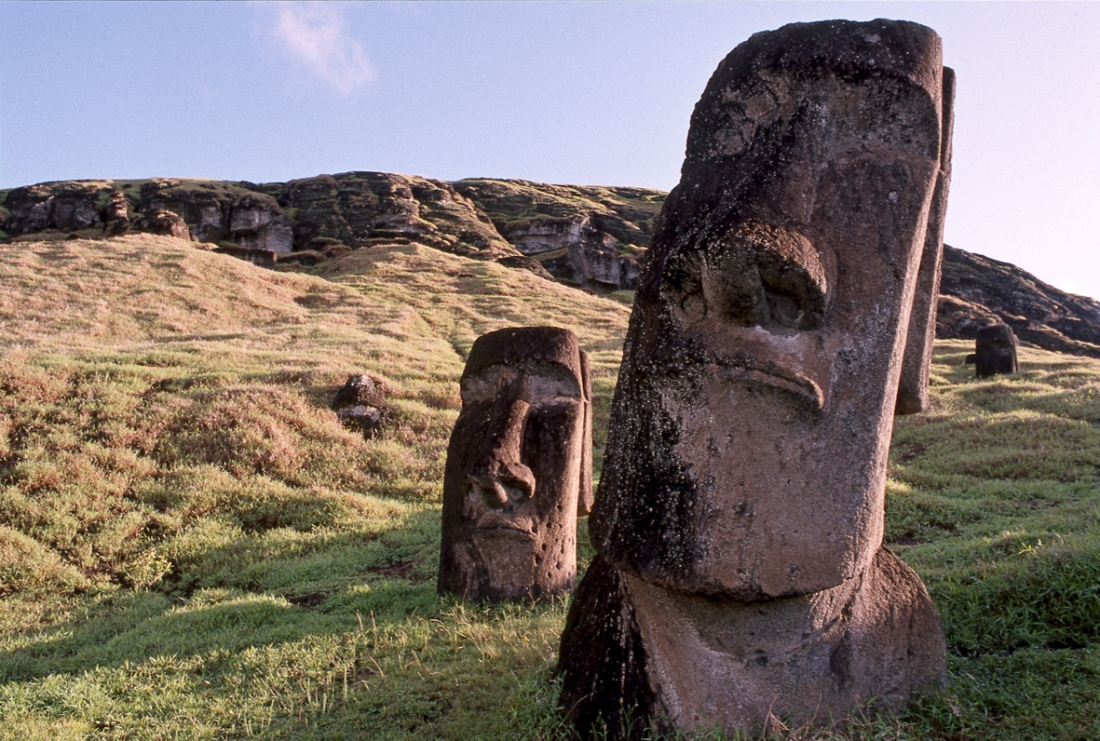 I fulfilled a childhood dream in 1994 and spent a month on Easter Island, staying with a family in the town and camping around the sites. I hope to return. In the meantime, I recently took part in a major study of Hoa Hakananai’a, the large Easter Island statue on display in the British Museum. I will post links here to our peer-reviewed papers as they are published.

In a blog dated August 1 2014, James Miles has posted links to some interactive models of Hoa Hakananai’a deriving from his digital work on the statue. The opportunities they give to examine the statue are stunning and unprecedented. Here you can explore (and question) our interpretation of the statue and its carvings, as described in peer-reviewed articles listed below, and can search for your own discoveries and insights. See also my blog here.

We recently updated the Wikipedia page for Hoa Hakananai’a, heavily referenced so every point can be verified, and ready for others to add more. Until October 10, you can watch Easter Island Heads (yes, that’s what they called it) in More4’s 2014 Treasures Decoded Series, first broadcast on September 10. The film features re-enactment on a Welsh hillside with a full scale 3D-printed model of Hoa Hakananai’a, and James Miles at his computer desk.

More on Hoa Hakananai’a: paint, petroglyphs and a sledge, and the independent value of archaeological and historical evidence, by Mike Pitts, Rapa Nui Journal 28.2 (2014), 49–54

The journeys of Hoa Hakananai’a (Oct 25 2016): short piece on the siting of the statue outside the British Museum

Brian Cox, master of the universe (Oct 24 2014): short piece about a TV programme on Easter Island

En route for Easter Island (Jan 15 2014): a century after the Mana was docked on the coast of Chile, a Google doodle featured Hoa Hakananai’a

Hoa Hakananai’a in British Archaeology (Apr 10 2013): short piece on a magazine feature about our research

Singing statues (Oct 24 2012): on a theory of how they were moved – what actually happened is anyone’s guess, but it’s wonderful to see

Last night in the Wellcome Gallery (Feb 16 2012): Graeme Earl, James Miles, Hembo Pagi and I begin a new study of Hoa Hakananai’a, the large Easter Island statue on display in the British Museum

Do you have ancestors who went to Patagonia? (Sep 10 2009): in 1913 the Mana, led by Katherine and Scoresby Routledge en route for Easter Island, sailed through the Straits of Magellan. This is a plea for information about the varied crew (with responses)