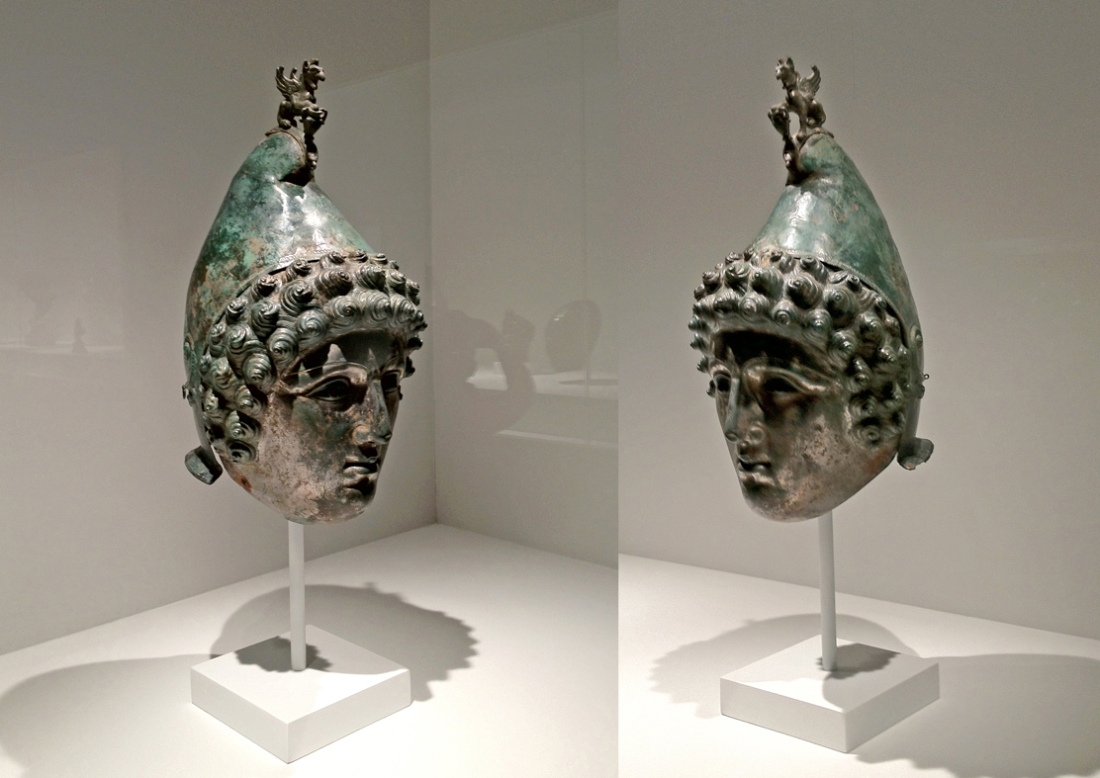 It’s now on view to the public for the first time since any of us (well, almost any of us) last saw it when it was auctioned by Christie’s last autumn. It’s in the astonishing exhibition at the Royal Academy, which they call Bronze, and this is how the helmet looked yesterday as photographed on my phone. The show is everything critics are saying about it, really worth seeing, and the helmet is far from the only archaeological artefact there. But beautiful as it is, you can’t help thinking, why did the owner lend it to the Royal Academy and not to the Tullie House Museum, which was so keen to show it to the people of Cumbria? As Mrs Merton might have said to the collector, “So, what first attracted you to the socially prestigious Royal Academy?”

One thought on “The wonderful Crosby Garrett helmet”