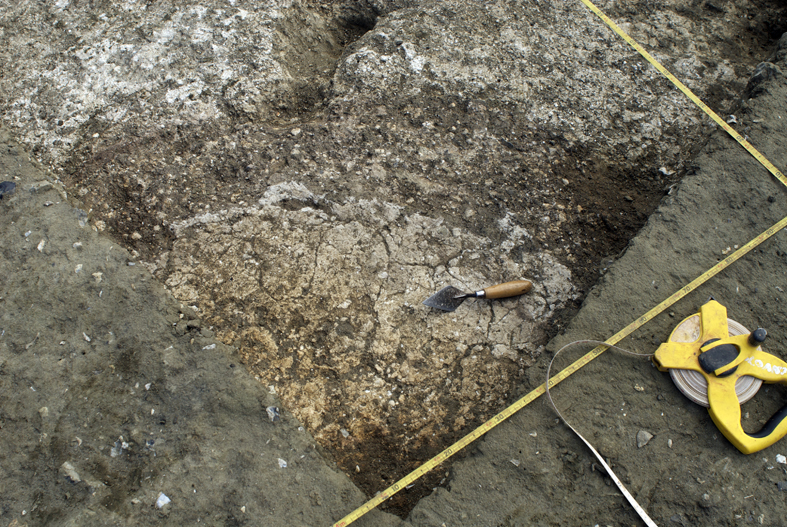 And so to Marden. There are four large henges in Wessex, at Avebury, Marden and Durrington Walls (near Stonehenge), all in Wiltshire, and Mount Pleasant near Dorchester, Dorset. Avebury and Durrington have both been subjected to new excavation and survey, with dramatic results. Excavation by Geoffrey Wainwright at Marden in 1969 showed that like the others it was built at the end of the neolithic around 2500BC. But compared to his work at Durrington and Mount Pleasant, Wainwright’s Marden project was small, and the overlooked site has been much in need of new and more extensive study.

The recently concluded English Heritage excavation (directed by Jim Leary, whose full report on his Silbury Hill excavation is expected soon) came at the end of a two-year project to make the henge better known, with aerial survey by Helen Winton, ground survey by Dave Field and geophysics by Louise Martin.

Like the Stonehenge geophysics announcement, this new Marden dig has received its spin, though less powerfully. The commonest error is the simple claim that Marden is the largest henge in Britain. This seems to have resulted from dropping the first part of the phrase, “one of the largest Neolithic henges in Britain”, that appeared in an English Heritage press release. In fact to be really nerdy about it, I’d argue we can’t say exactly how big it is, as a substantial part of its outer circuit remains undetermined.

The henge enclosure is traditionally thought to be open on its south-west side, where it abuts the floodplain of the Avon river. But a 1946 air photo recently put online by English Heritage seems, to me, to confirm an old suspicion that the henge was in fact complete, and followed a line that its now taken up by housing (not built in 1946) – though I admit that few archaeologists seem to agree with me! (In the photo, north is to right and the houses are now in the top left area.) 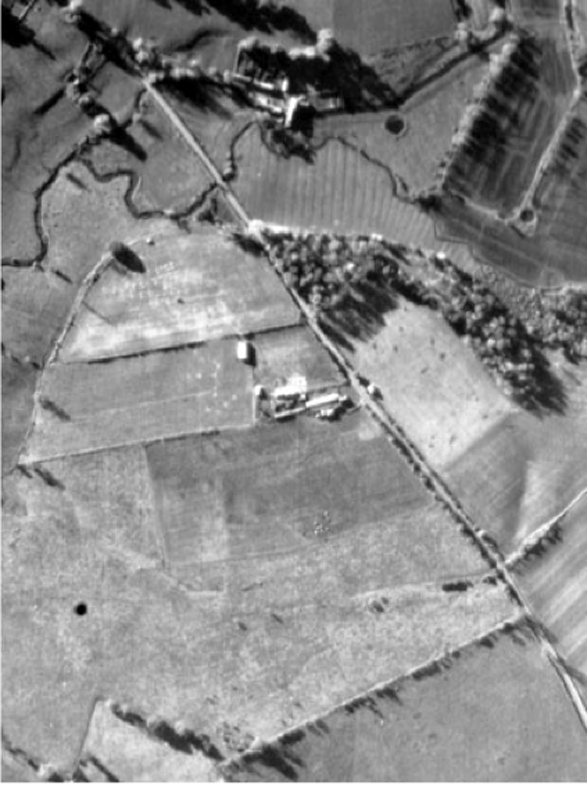 In the new British Archaeology I write about the discovery of a 1724 drawing of the Hatfield barrow (a huge, 70m diameter mound within the henge that was flattened in 1807) and, by excavation, of a chalk house floor. This is a newly-recognised feature of late neolithic British archaeology, and the first to have been seen beyond Durrington Walls, where ten have been examined and many more postulated. But in the last few days of excavation – and just after BA went to press – what looked like a flat chalk surface emerged as something much more interesting, and unique.

As all that has been done is to remove overlying deposits from part of its surface, there’s not much yet one can say about the find; much will be revealed when analysis of midden deposits close by is complete, as the floor seems to have been kept deliberately clean. The best I can do (with Leary’s permission) is to post some photos. The chalk appears to be some form of plaster that follows the contours of a shallow square hollow dug into the bank material of a small henge (rather than a deep chalk layer that has been partially hollowed out). There are postholes around the edge of the hollow (not excavated), and the area inside the ring of disturbed chalk near the centre is heavily burnt. The need to understand what was going on here is one of several reasons for hoping strongly that the team are able to return in future to continue excavation.