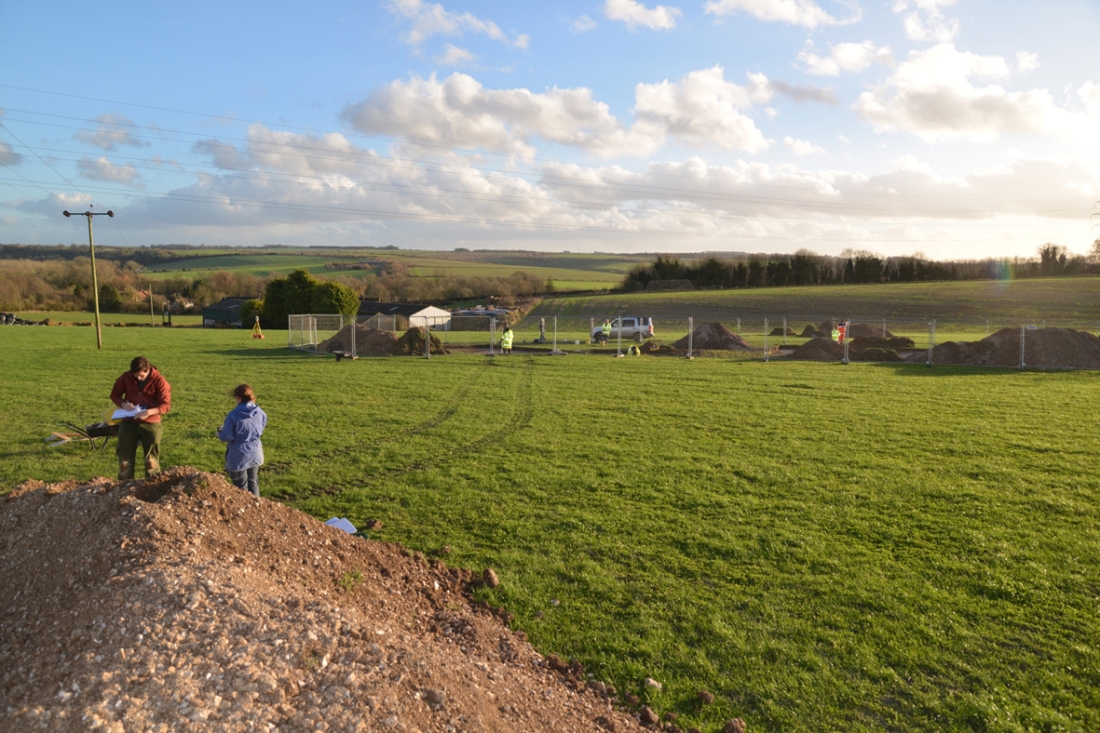 The new British Archaeology, which went live online today (February 8), reports significant new discoveries near Stonehenge, among them the grave of a man who might have seen the earliest megaliths erected at the site. 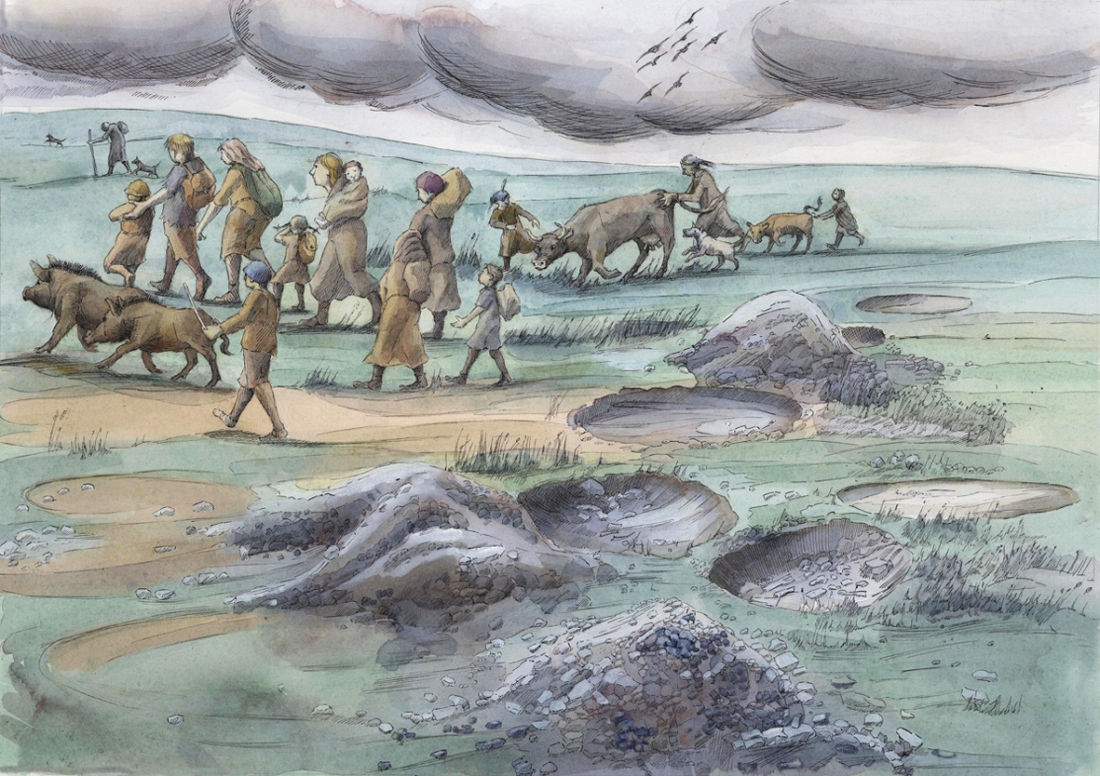 Cremated remains of over 100 people were buried at the first Stonehenge, from 3100BC – the largest cremation cemetery in prehistoric Britain. Human remains of this age are otherwise rare in the world heritage site, or across Britain as a whole. So it is noteworthy that the man buried at West Amesbury, who was not cremated, probably saw funerals at Stonehenge quite different to his own. 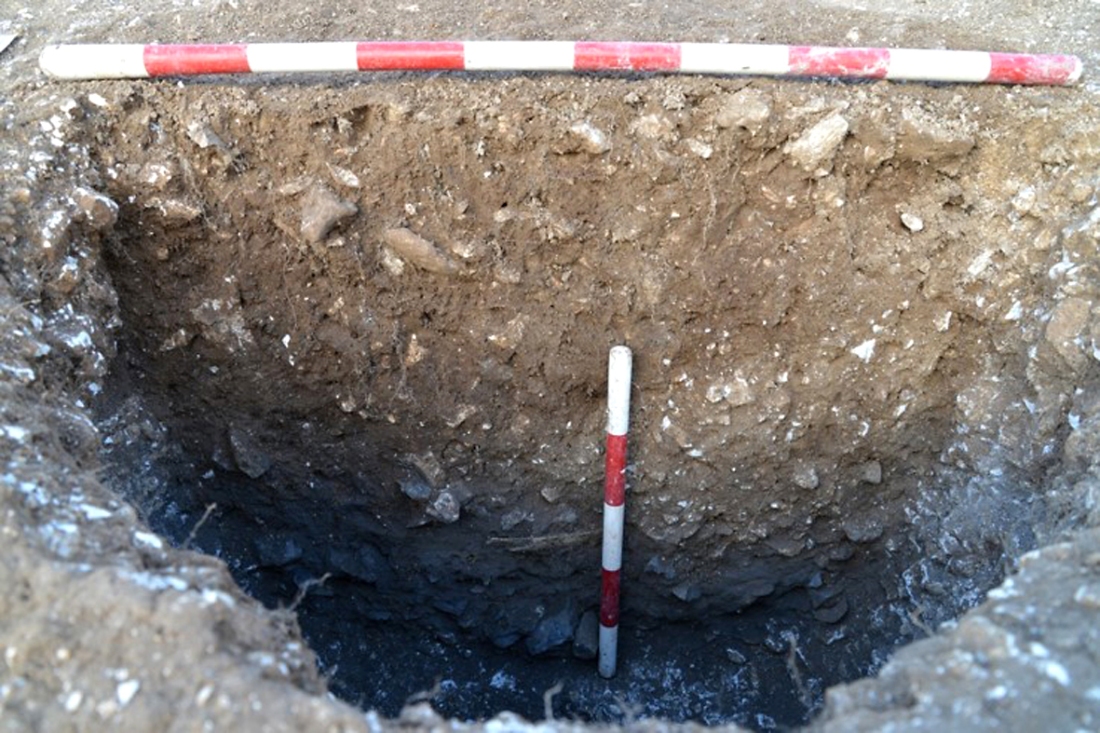 Five pits in the chalk contemporary with the henge’s origins contained huge amounts of artefacts. These include quantities of Peterborough pottery, in large fresh sherds, all in the Fengate style (one of these pits has more pottery in it than the whole of prehistoric Stonehenge). 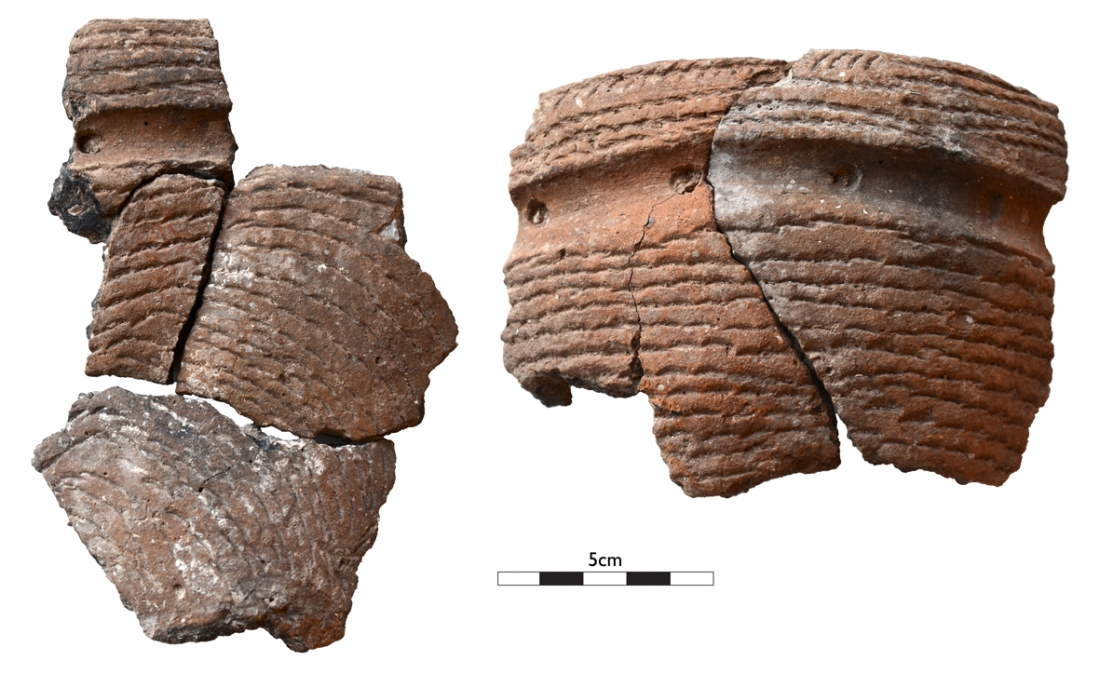 The finds were made in the first stage of a major Historic England project to better understand the southern part of the Stonehenge world heritage site, little investigated in modern times. 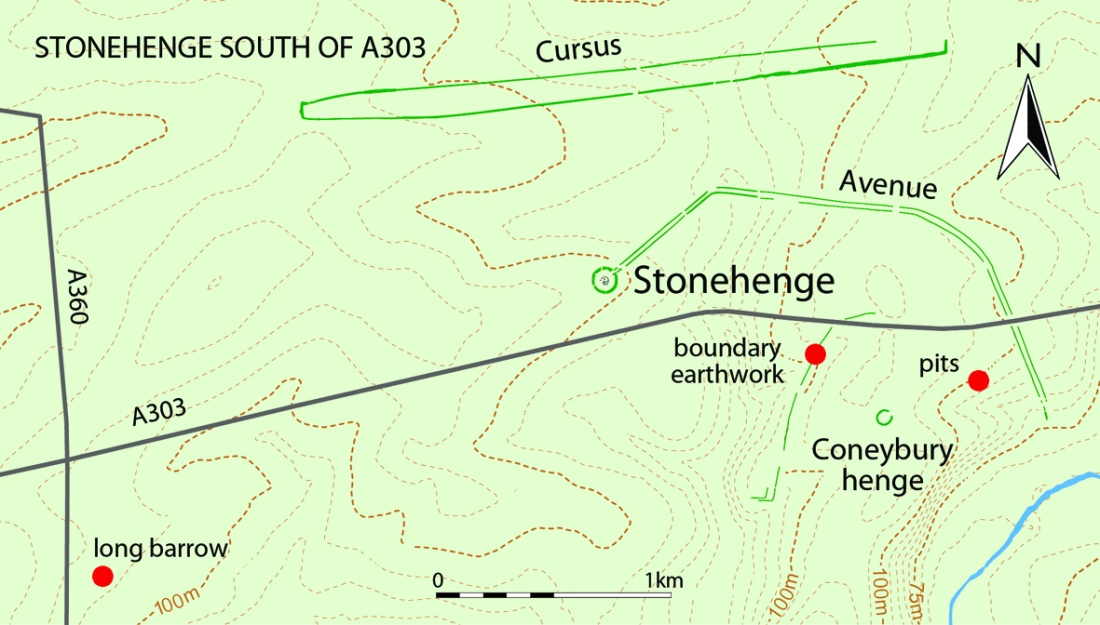 Other discoveries include the remains of two men, one buried shorty after the other around 1450–1300BC, at the bottom of a ditch just south of Stonehenge. The ditch is part of a network of boundary earthworks that divided up the land around Stonehenge, apparently for the first time, in the middle bronze age. It runs north-south more or less at right angles to the A303, showing that in the bronze age at least, that east-west route did not exist. The road was created by the Amesbury Turnpike Trust about 250 years ago.

All pictures Historic England (I’ve simplified the map a little). The painting is copyright Judith Dobie.