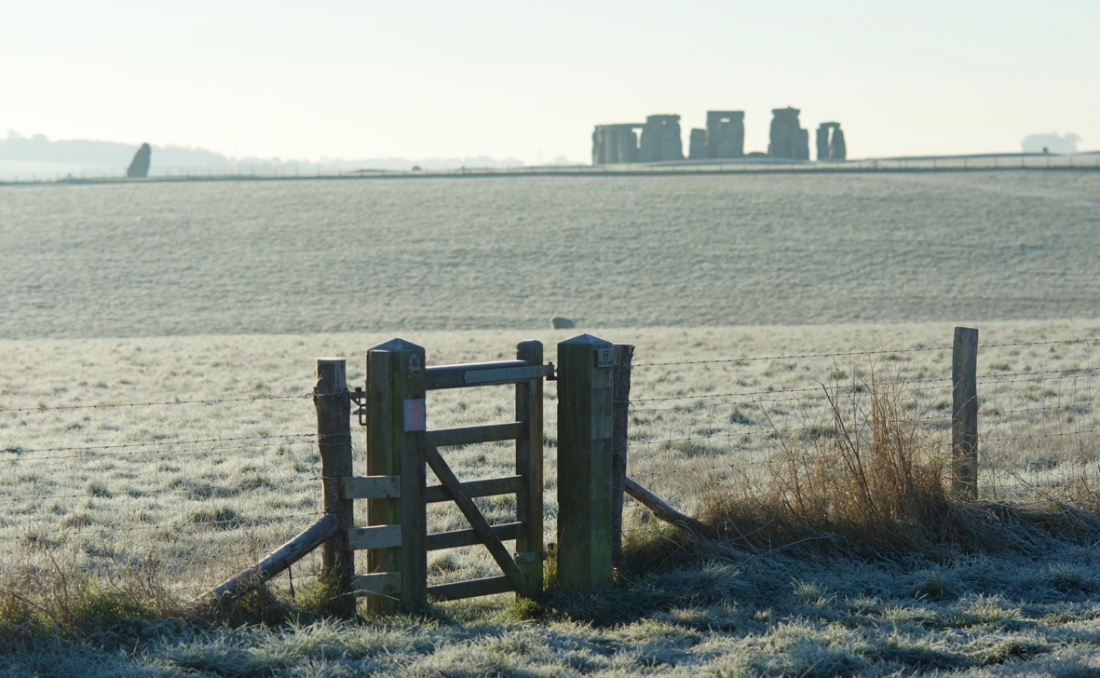 I was down at Larkhill this morning to visit a large excavation. The Ministry of Defence is building a new housing estate for soldiers and their families, and Wessex Archaeology has found all sorts of interesting things, among them the edge of a new causewayed enclosure, which you’ll be able to read about in the new British Archaeology, out next week. 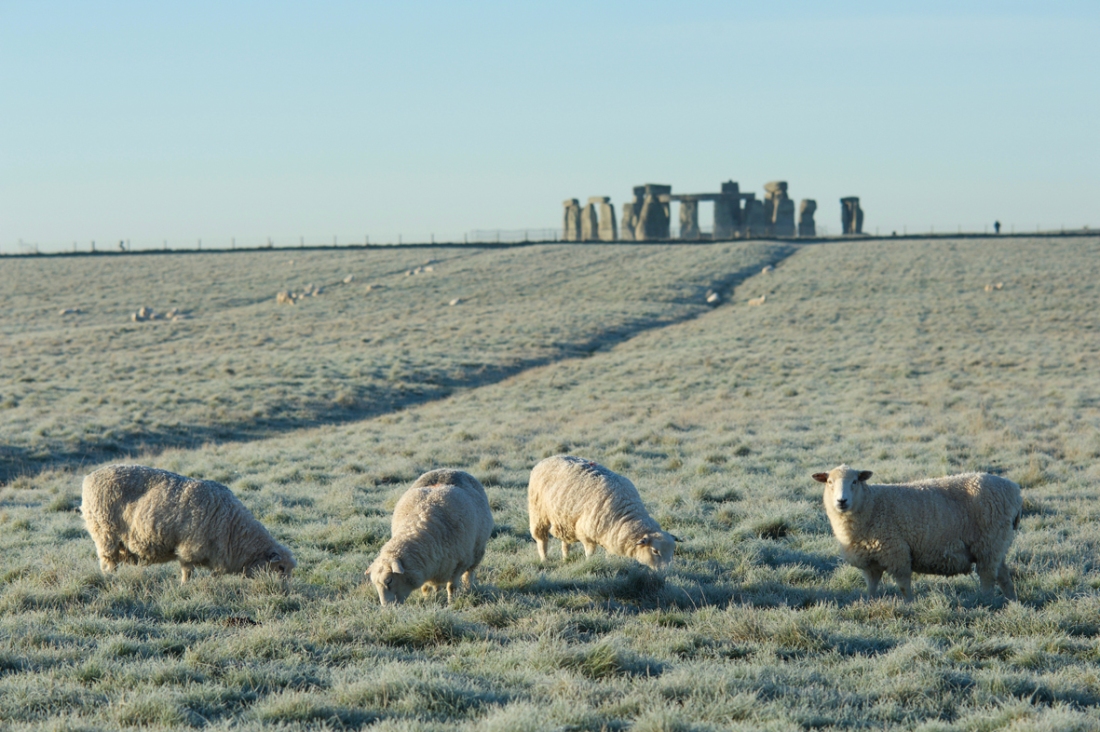 It was cold, and there’d been a hard frost. Early at Stonehenge you could see scoring in the turf running parallel to the edges of the Avenue earthwork, most clearly between its banks, but also outside them. It’s a curious effect. The Stonehenge Riverside project excavated grooves that run like this in the soil, and interpreted them as natural periglacial structures left over from the ice age, that – because they are aligned on the solstice axis – were partly responsible for where Stonehenge is: neolithic people saw the grooves pointing at the rising midsummer sun and thought, this is where we want to build Stonehenge! 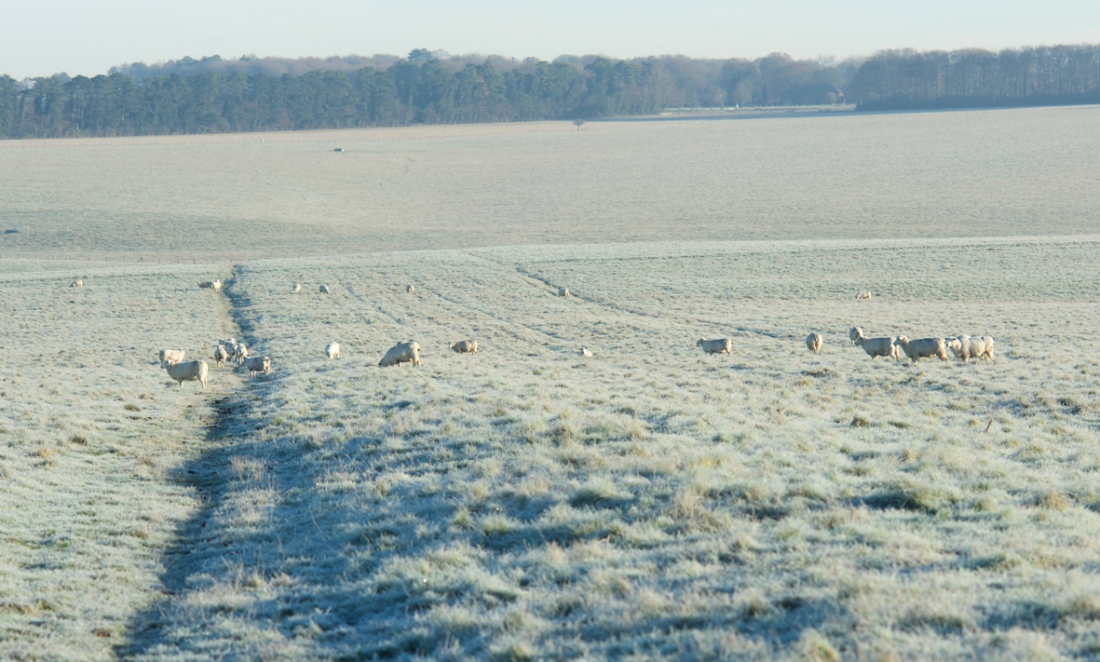 Meanwhile, Tim Darvill and colleagues think the grooves are relatively modern wheel ruts. Their respective evidence is summarised in this diagram. Area 8 (enlarged at left) is a geophysics plot showing lines within the Avenue but not quite parallel to the ditches; these, say Darvill et al, are wheel ruts.

Trench 45 (enlarged right) is the Riverside team’s excavation in 2008. The periglacial stripes, they say, are deeper than many others recorded in the local chalk, and much deeper than the cart tracks which they agree with Darvill et al are what we can see in Area 8. They think there are natural ridges (blue) and a trench (green) on the exact alignment of the Avenue close to Stonehenge, and it all adds up to a “remarkable coincidence of a geological landform on a solstitial axis”.

I’m not totally convinced by any of this. The alignment coincidence seems too remarkable to me, at least without more evidence to back it up (which would include a full understanding of exactly what these alleged geomorphological features are, how and when they formed, and why they are where they are). And if the grooves in Trench 45 are periglacial stripes, could it be that they are bigger than normal because the area within the Avenue was less ploughed up in recent centuries – which would account for the slight doming effect of the Avenue relative to the surrounding land? On the other hand, the interpretation of the geophysical lines as wheel ruts needs to be supported by excavation. Unsurfaced tracks across chalkland do not typically develop regular, parallel ruts to match the grooves we see in the geophysical surveys.

Down at Larkhill, they’d exposed a nice area of periglacial stripes. These are distinctively narrow, close together, long and thin (running downslope from top left to bottom right): 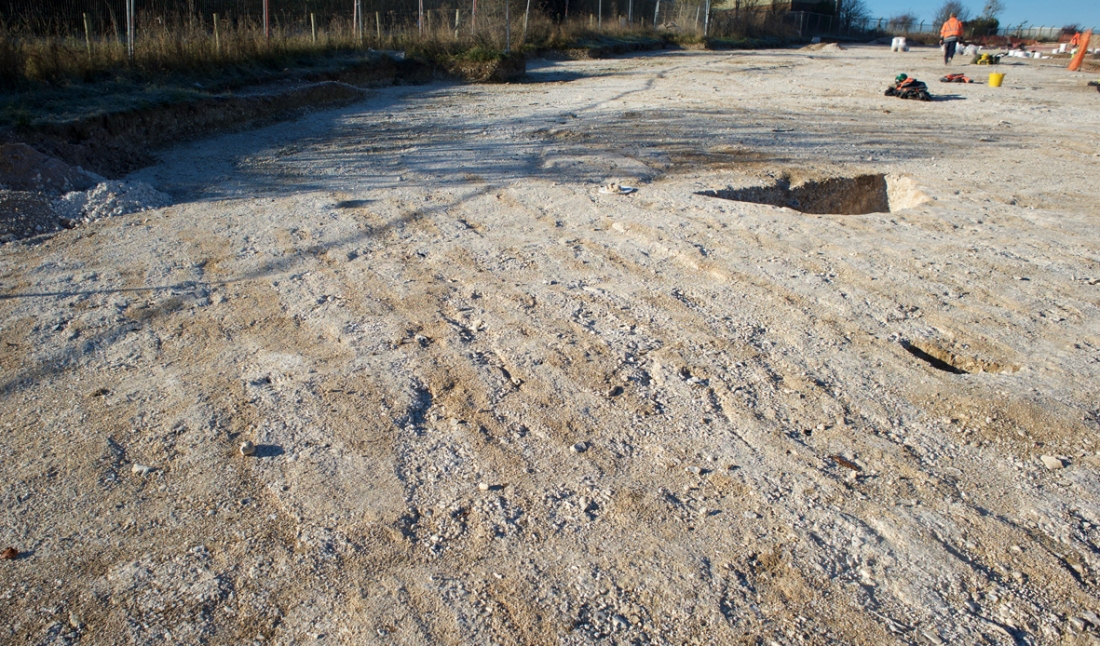 As always, at Stonehenge as elsewhere, fieldwork throws up as many questions as it answers: but the new questions are better ones.