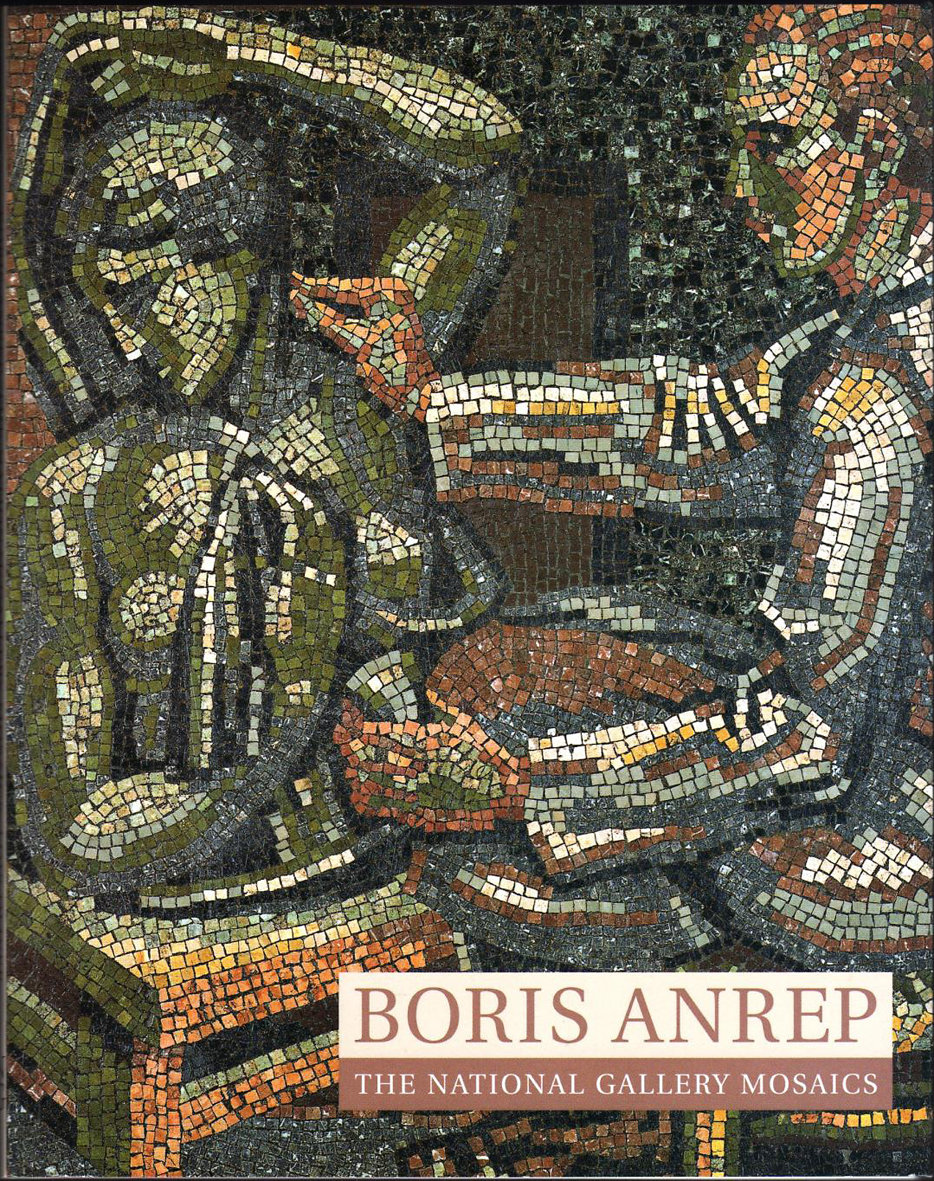 I posted photos in my earlier blog about Boris Anrep’s National Gallery mosaics, but I didn’t know much about them. I now have a copy of the gallery’s out-of-print guide. Here are some better-informed details that visitors might find interesting pending a new guide, and at the end a few words about a portrait Mary Beard acquired in 2008. I bought the guide online from Anytime Books, and was pleased to find the kind seller had included a separate fold-out leaflet, published in 1993. The plans here come from that.

The floor mosaics, writes Lois Oliver in the guide (2004), were created between 1926 and 1952. They were not his first works in Britain: Augustus John had promoted his talents, and his first commission came in 1914 for a mosaic floor at a house in Chelsea – Anrep so pleased the society hostess whose home it was, she later asked him to decorate her walls too. A 1919 mosaic in John’s Chelsea house showed him perched on a pyramid of wives and children. In 1923 he completed a floor in the Blake room at the Tate Gallery.

Anrep’s National Gallery work was all done in his Paris studio. He set out in 1926 to make The Labours of Life (west vestibule) and The Pleasures of Life (east vestibule), featuring respectively subjects such as commerce, engineering and science, and swimming, dancing, cricket and hunting (some of his choices, says Oliver, were “idiosyncratic”: he put music and theatre with labours).

The Awakening of the Muses followed, on the half-way landing, a larger work with an arrangement of scenes. Finally, on the floor of the north vestibule, Anrep completed the set with The Modern Virtues, which he began after the war in 1945.

He continued to work well into his 70s, says Oliver, his “last great work” being “an important cycle” for the Chapel of the Blessed Sacrament in Westminster Cathedral (1962). 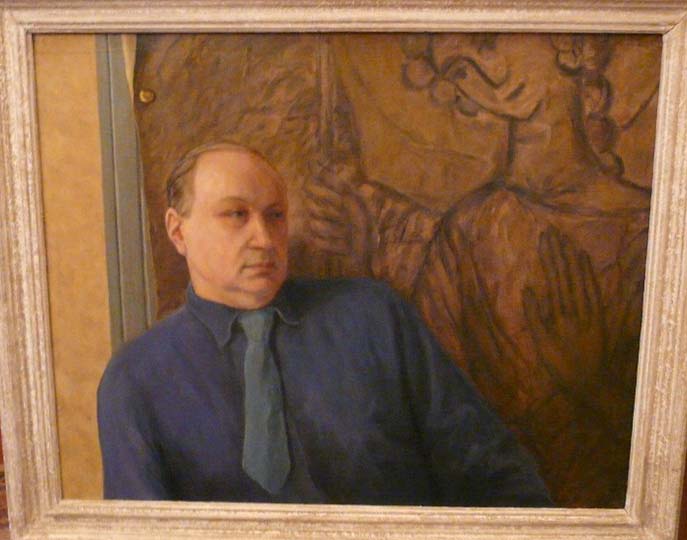 Now for Mary Beard’s portrait (above), about which she blogged after she and her husband bought it at auction. Said to be an oil of Anrep, it was signed L Inglesis but otherwise came without information. No one was quite sure who the painter was (there are several good comments on the blog). The pose bears an interesting comparison to one that Henry Lamb caught of Anrep in a portrait of 1919 (below, from the NG guide), which sold at Christie’s in 1995 for £2,300 (Beard and Cormack paid £50 for theirs), and is now at the Museum of Fine Arts in Boston. There are separate pencil sketches of Boris and Helen Anrep.