Eighteen years ago the Royal Academy held “Sensation”. It showcased the work of young British artists, many of them then little known outside specialist circles. They had, argued the RA’s then president, Sir Philip Dowson, contributed to turning London “into the capital city of contemporary art”. The exhibition was controversial and very popular, and changed the way many thought about art and society in modern Britain. It launched grand careers.

On Saturday the Royal Academy opens “Ai Weiwei”. In many ways it is like “Sensation”. It shocks, with horrific videos and realistic models of people in disturbing situations. There are large repetitive sculptural forms laid out across the floor. Graphics on the walls parody conventional forms, and furniture is displayed in unexpected ways. The artist is not well known in his own country. If yesterday’s press event is anything to go by, it will be extremely popular. It is inspiring, uplifting and moving. 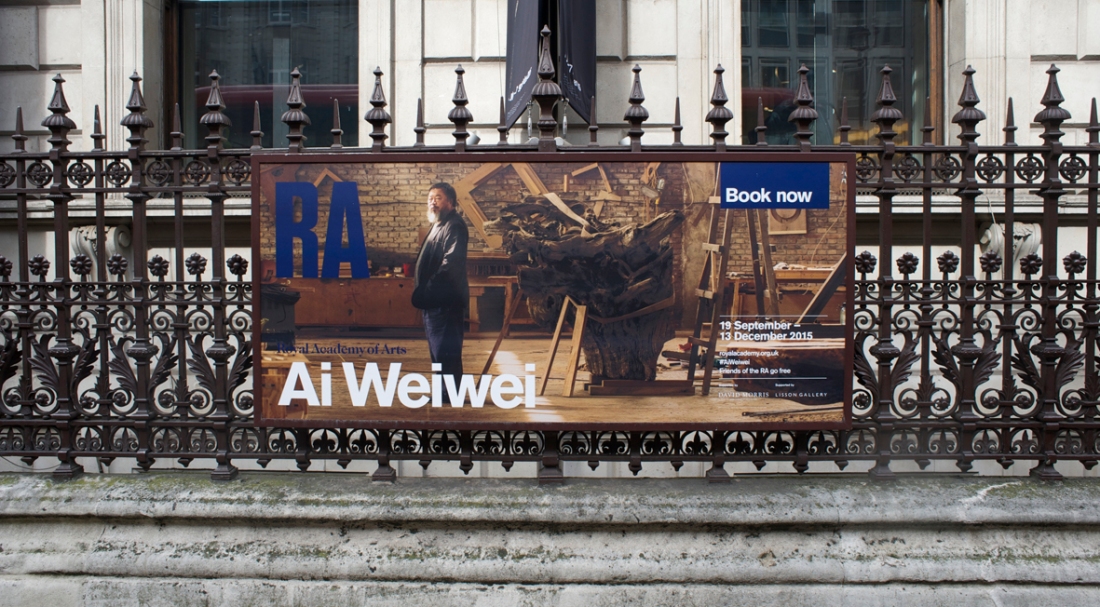 But the show is not “Sensation”. At the latter, no artist’s name appeared on the front of the catalogue. It featured instead a wealthy collector, Charles Saatchi. Saatchi (with Norman Rosenthal) arranged works from his own collection and artists he supported. “The patronage of art and artists is an essential activity that enables art to flourish and to be accessible to everyone”, said Dowson. We are proud to be associated with Charles Saatchi, said the sponsor, the auction house Christie’s.

“Ai Weiwei” is devoted to a single, middle aged Chinese artist. The selection and layout were chosen and designed by the artist, not the curators, the admirable Tim Marlow and Adrian Locke. Across the works there is much that shocks or provokes, but there is no posturing. The provocation comes from the subjects that Ai is responding to, and the stories he tells.

In “Sensation” artists expressed the traumatisation of the self-obsessed, confronting prejudice, injury, confusion and death. Ai is moved by corruption and injustice. By the deaths of thousands of children. By his own incarceration and torture. These are not hypothetical fears turned into style objects by collectors and dealers: they are the reality of his world. This is what I think makes his work uniquely heroic.

It is also deeply historical. Every work in the exhibition draws on Chinese history and culture. They do this both in a literary sense, referencing events and values, and physically, by using antiques, antiquities and the debris of incidents, and traditional materials and craft skills.

And it is all quite beautiful. Look at this. 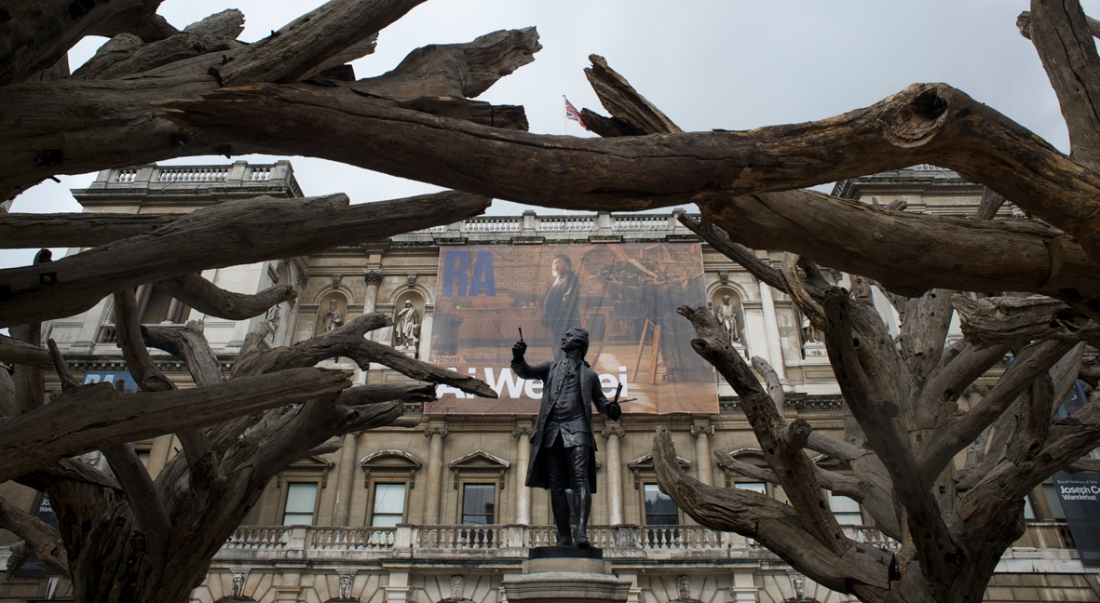 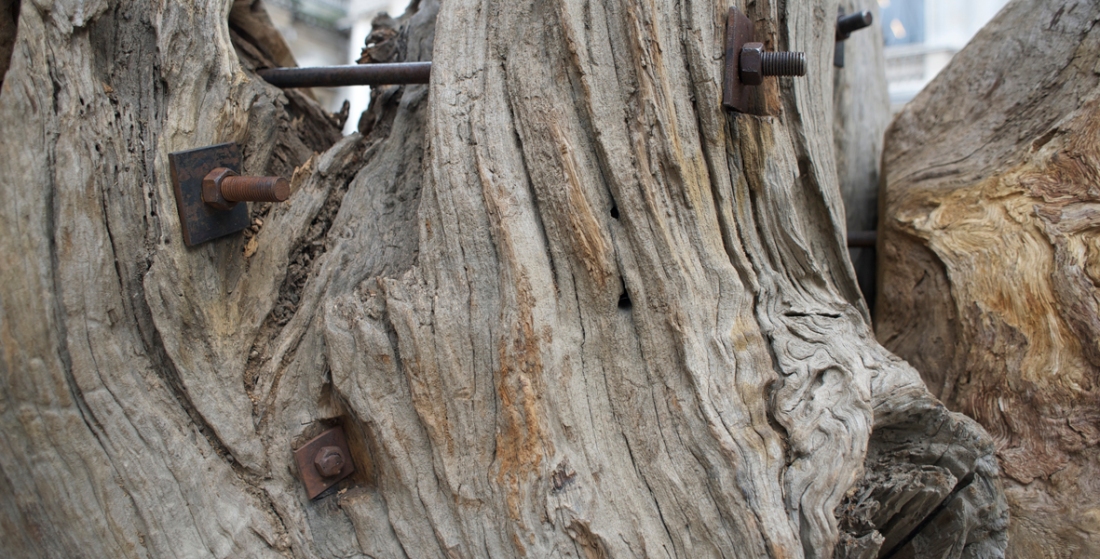 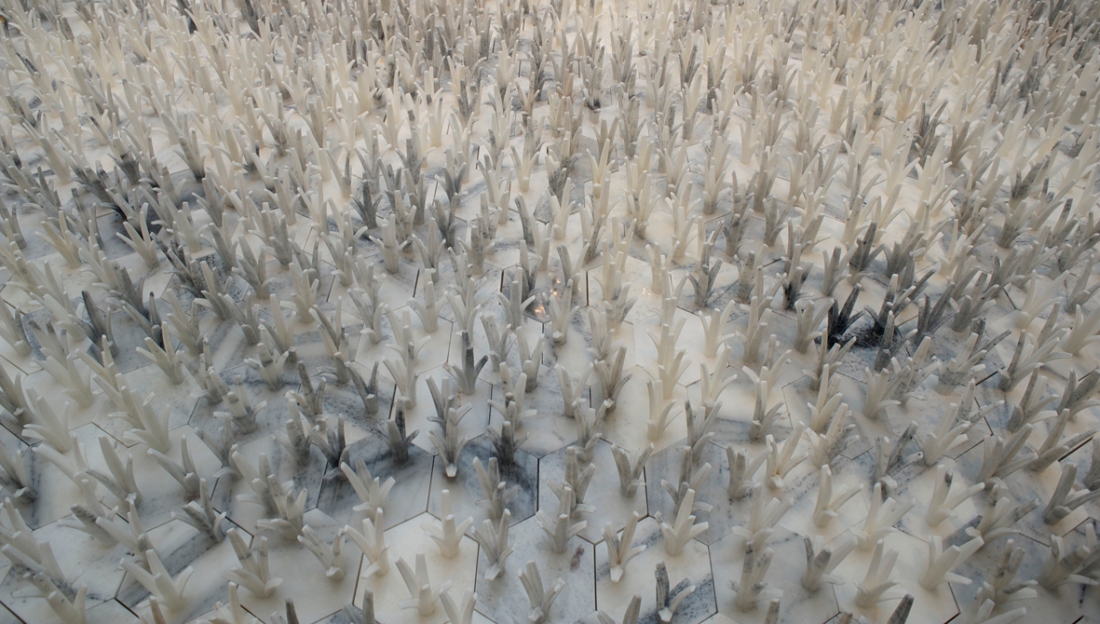 On the two long walls are the linked NAMES OF THE STUDENT EARTHQUAKE VICTIMS FOUND BY THE CITIZENS’ INVESTIGATION (2008–11). 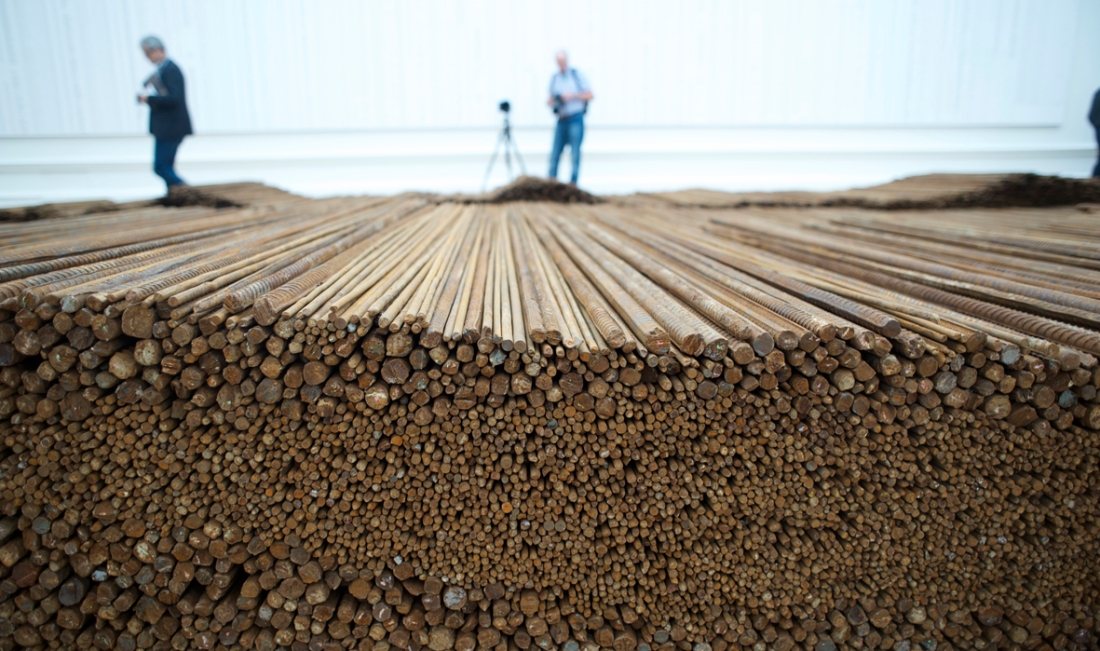 I wrote about this work at some length in an earlier blog. What’s interesting here is that in the flesh, as it were, you can see how the bones have clearly been burnt. It looks as if the bodies had been inefficiently cremated.

This work consists of six half-scale sealed rooms, through the walls of which you can spy on Ai Weiwei in prison with his guards. Through the arch at the back you can just see the case holding REMAINS.

Finally, another work made with antiquities, 3,600 neolithic stone blades collected on the back of the largely unrecorded archaeological destruction of Chinese urban development. This is not in London, but at the Whitworth Art Gallery in Manchester, in “M+ Sigg Collection – Chinese Art From The 1970s To Now” (closes September 20).

It reminds me of my PhD research in the UK, when over 16 months visiting 95 museums, I drew 1,919 neolithic ground stone axe blades!