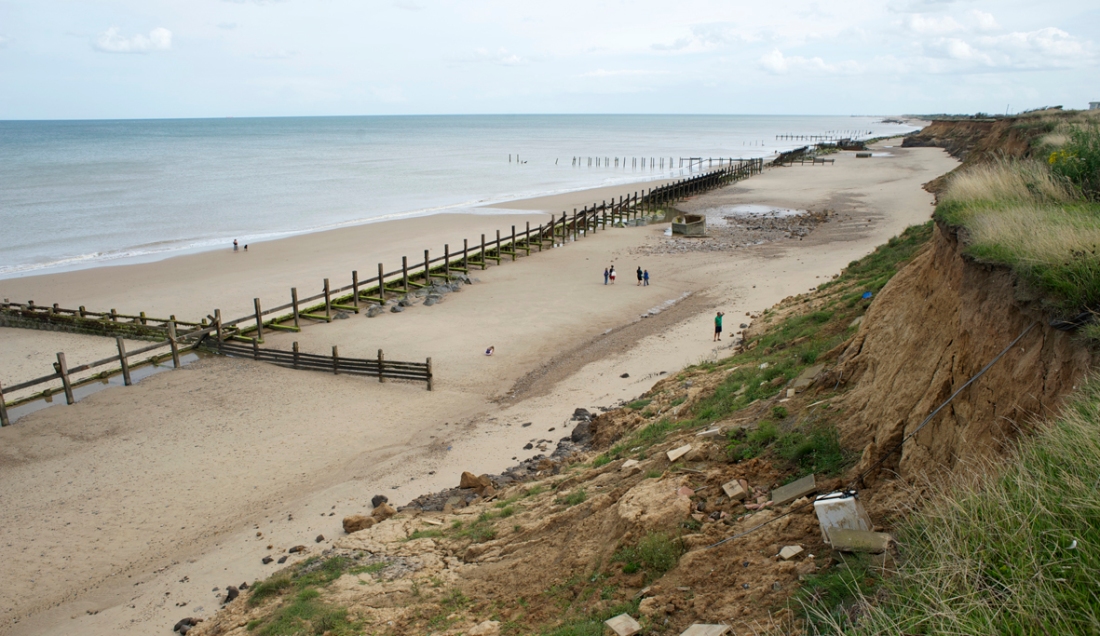 I was in Norfolk a couple of weeks ago, checking out the sites. The shore is changing fast, as homes are threatened by cliff falls and the internationally significant archaeology beneath everything is carved out and washed away by the sea. Compare the view then (above) with that from the same place in 2006, with excavation in progress (below). See how the groynes have been exposed and eroded, the concrete pillbox is being broken up and the cliff receding.

Inside the church (where an organist was limbering up for a recital) is an impressive font. The original is said to be 15th century, but it was recarved in the 19th, with a remarkably prescient hairy man with wooden club – a “woodhouse”, surely responsible for the footprints on the beach. 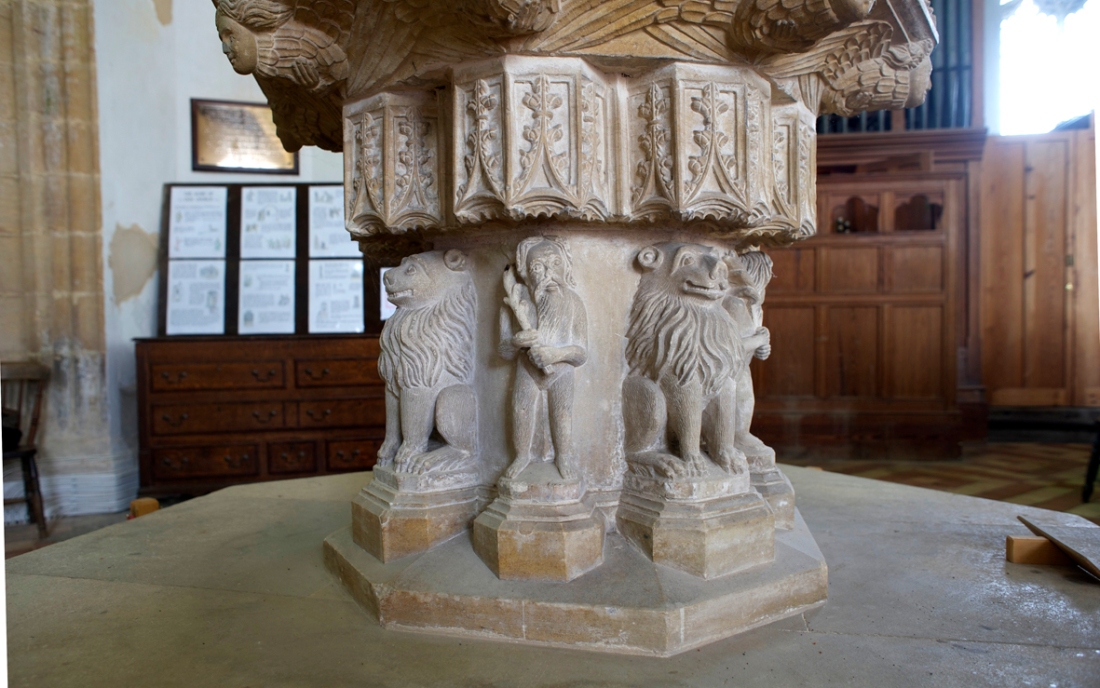 We have John Sell Cotman to thank (as for so much else) for this record of how the older font looked in its last days (with what look like a few bits of the ceiling). The original watercolour, made around 1811, is in the Paul Mellon Collection at the Yale Centre for British Art. 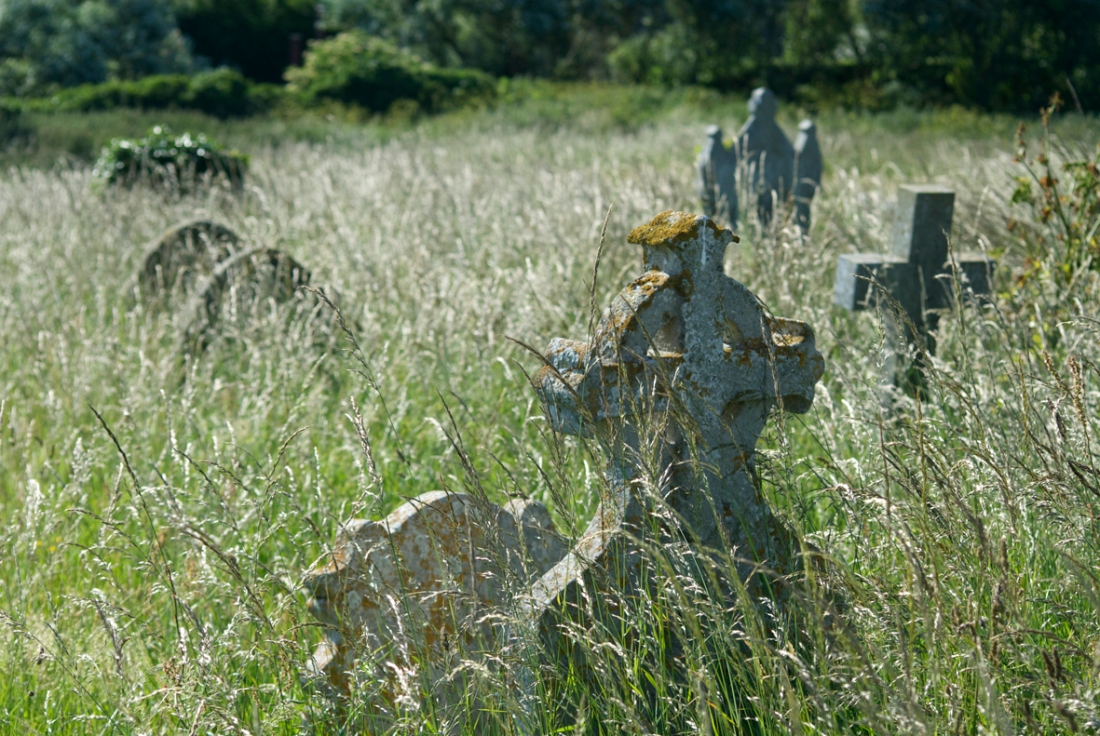 2 thoughts on “Keeping up with Happisburgh”