There are some things about Stonehenge that are taken for granted by those who know the place well, yet are not known by a wider public. One of these concerns how some stones in the past were propped up with wooden poles, and later re-positioned in concrete footings – a topic picked up by ND Wiseman and the Heritage Trust commenting on my previous post.

The full details, recorded in photos, drawings and documents, have yet to published, but here are some pictures that illustrate ND Wiseman’s point about the curious vertical stripes on the lintels above the sarsen uprights either side of the solstice axis.

Photos, of which there are large numbers, are particularly useful here. The V&A and in particular English Heritage have put quite a few online. Here is a quick photo story, with a couple of postcards from my own collection.

The first modern scaffolding was a wooden “trilithon” supporting the lintel over stones 6 and 7. These two shots were apparently taken by Godfrey Bingley in 1892. 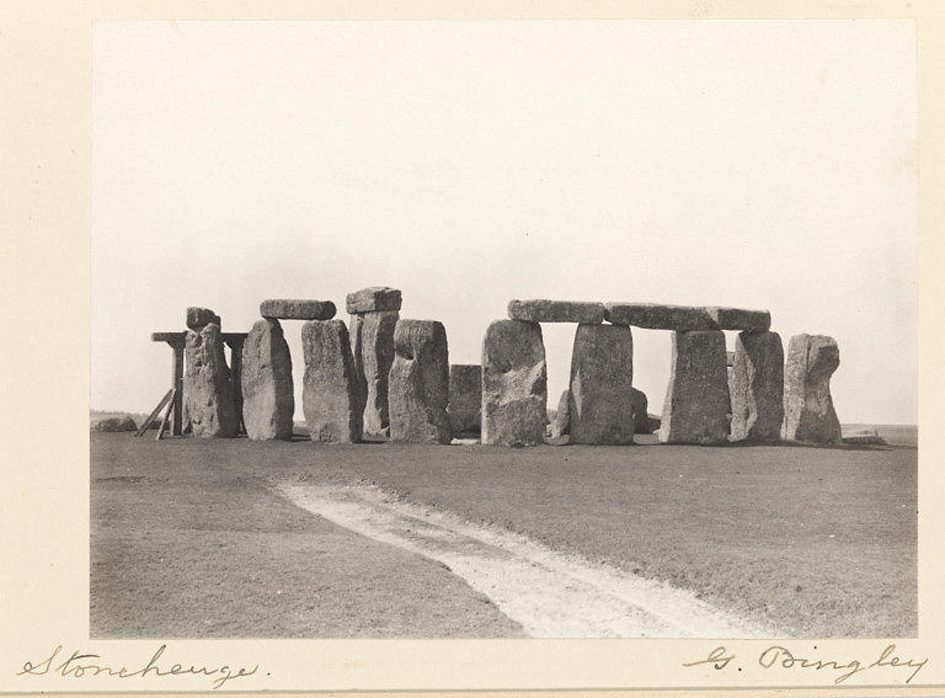 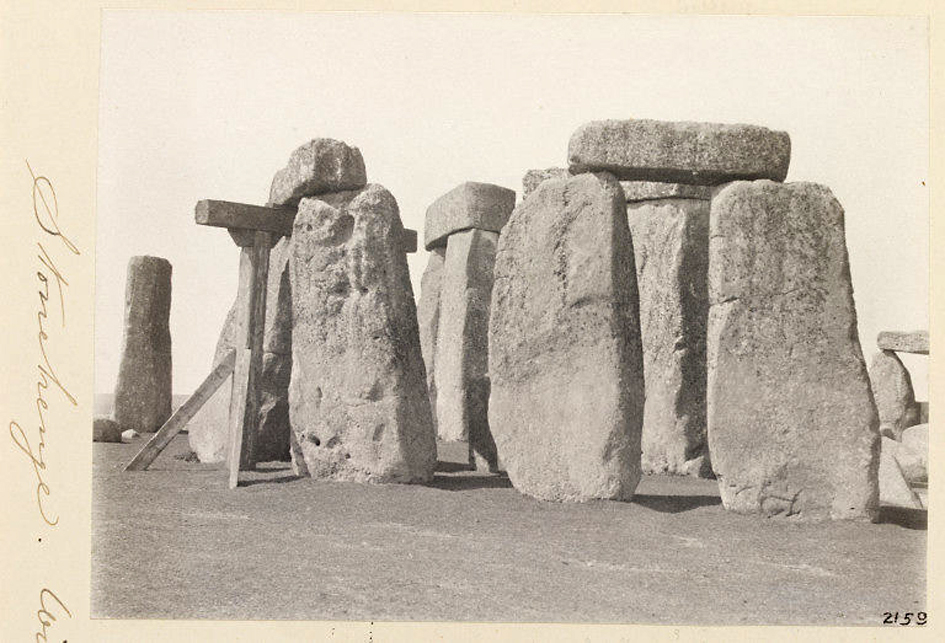 By around 1910, that wooden frame had gone, but several long larch poles had appeared to the north-east, supporting sarsen uprights.

In this technical drawing done by the Office of Works in 1919/20, you can see how the three lintels over stones 29, 30, 1 and 2 (the uprights working from the left) have been thrown out to the north by the leaning stones, held up by the larch poles.

This was surveyed shortly before Hawley began his excavations in advance of the stones’ straightening by Office of Works engineers. Of particular interest is this postcard:

Comparing this with another photo taken by Godfrey Bingley (below), it appears that little movement had occurred since 1892. The key difference is the appearance of the custodian’s hut near the Heelstone, introduced after the site was fenced in 1901, and a couple of larch poles visible behind stones 30 and 1; in the middle distance between stones 29 and 30 on the left, you can make out the milestone as it was then sited. In both photos, you will note the absence of any pale stripes on the lintels. (As an aside, these photos almost exactly overlap, suggesting they were taken with a similar camera or lens from the same position.)

Of special interest in the postcard, however, are the wooden pegs in the turf, which appear to mark out at a little distance the standing and fallen stones. Indeed, if you compare their positions with the trench that William Hawley excavated around these stones in 1920, they seem to map it out as closely as we might expect, given the likelihood that the trench was not excavated on precisely those points, and also that the modern plan (published by Cleal et al in 1995) does not precisely map the trench edges. In this detail from the plan (below), I’ve coloured in trench C2 and labelled the four upright sarsens. Note especially the two small extensions to the south-west, reaching out to the two bluestones there.

If my interpretation of this photo is correct, then it was very likely taken almost immediately before Hawley’s works began. I know of no photos of paint being applied to the lintels by engineers. But this may be as close as we get to a smoking gun.

In these details from a different Office of Works postcard set, on sale in the 1930s, you can see some of those pale vertical stripes: on the left on the lintel over stones 1 and 2, on the right over stones 6 and 7.

Having said that, my case about Hawley’s trench may be undermined by this postcard: 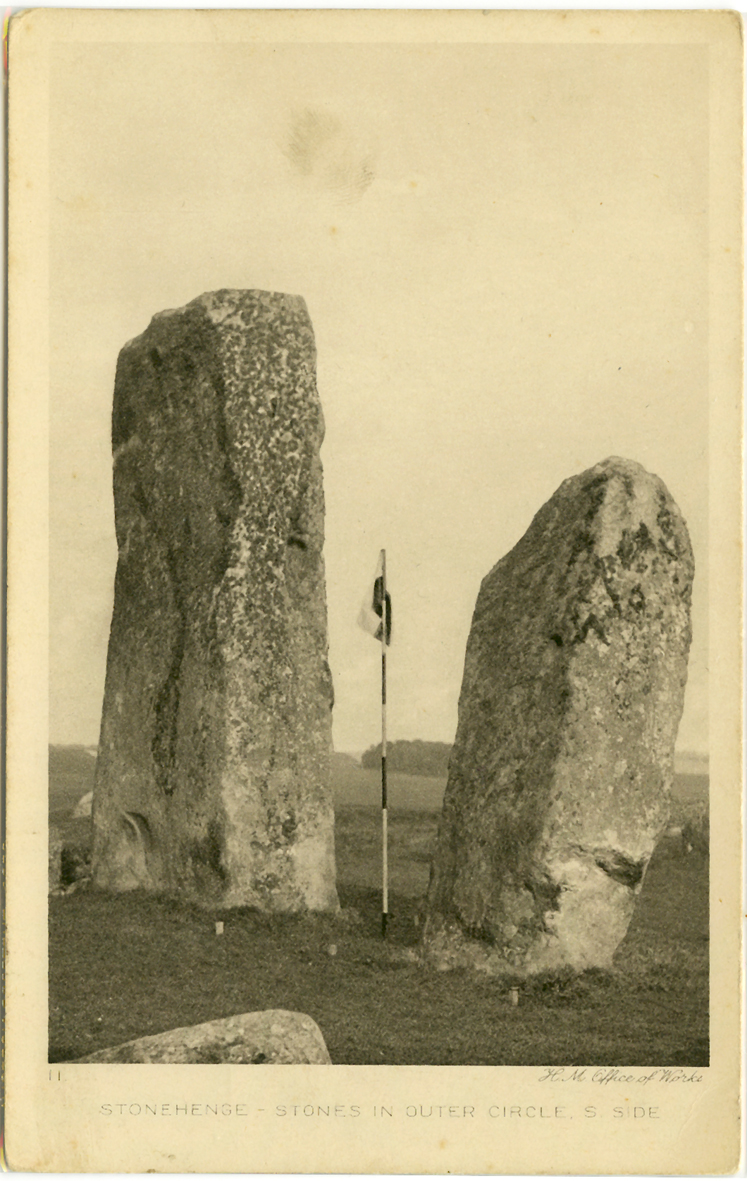 From the same set as the one above with the ranging pole, it shows little pegs around stones 10 and 11. As far as we know, Hawley did not dig there. So perhaps they were to do with surveying and not digging. More info needed, though the survey is likely to have occurred at the same time as the restoration project.

3 thoughts on “Taking away the poles”