Here’s a lovely thing. It’s a poem about an ancient place, by Mark Edmonds and Rose Ferraby – or as Mark describes it, “words by me, images by the two of us” – in the form of an illustrated book. It’s mostly the story of the making of a stone axe 6,000 years ago. A quarry high in the Lake District draws the maker up to find the right stone, where the axe is roughed out, then carried back down and finished; the description attempts to convey that this means more to the maker than the mere winning of a useful implement. Interleaved with this is the briefer story of (one assumes) a knowledgeable archaeologist who finds up there an abandoned, unfinished axe; he thinks he can beat the problem that defeated the neolithic knapper, and at the end succeeds. He descends with the axe, “Six thousand years in the making.”

It’s beautifully done, textured papers, colours, words and designs expressing Mark’s love of stone. He sent me the book from Orkney, where, he tells me, he’s hunkered down from the storms studying the neolithic stonework recovered last year at the extraordinary excavation site on the Ness of Brodgar.

Some of the imagery is reminiscent of Richard Long, surely the early British prehistorian’s favourite living artist. [After I wrote this blog, Mark Edmonds told me “there’s also a thread through Ian Hamilton Finlay and the Concrete Poets that I suspect was an influence. As for the endpapers, they are pure homage to John Piper!”] In one spread, conversation (TALK) threads through a clatter of knapping and thought (TRIM/LOOK/RING/ACHE); in another, the knapper works with frantic intensity (TAP STRIKE TAP STRIKE). In a third (seen above), plant names map the contours of the climb, from sea pea and sea kale to roseroot and alpine clubmoss. This reminds me also of a pollen diagram, familiar to archaeologists and archaeo-botanists but, I suspect, to few others. There are several of these specialist references that will reward archaeologists. A short introduction helps set the scene, but perhaps one day Edmonds and Ferraby will tell more about these hidden stories. 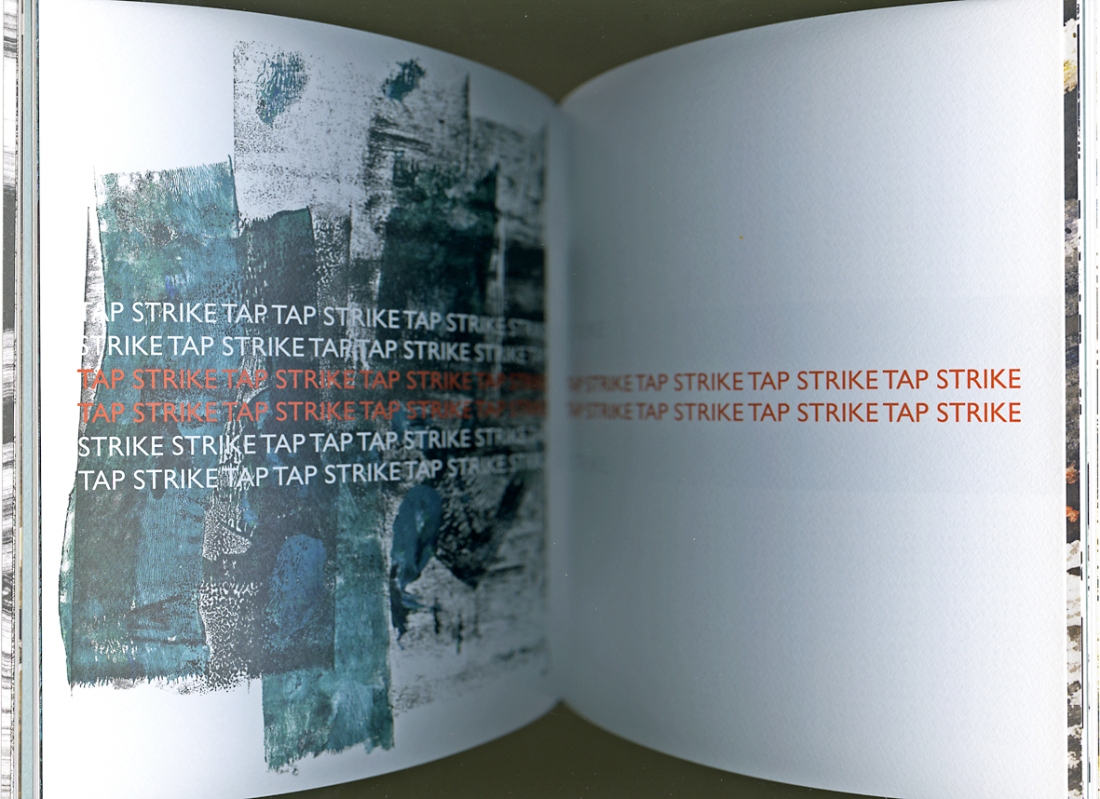 Here’s one. Since the 1940s, archaeologists and petrologists have been studying the materials from which neolithic axes were made. It soon became apparent that they could be arranged into groups of like rock. Some of these were easily matched to known quarries. Quarries for a few more have since been located. Many, however, remain elusive, and debate continues as to exactly what some of these groups mean. At the start the groups were numbered. One of the biggest, a fine, green tuff that works particularly well and was enormously popular three or four thousand years ago, was labelled Group VI. Most of the rock that was quarried in the Lake District is Group VI. Hence Stonework, published by Group VI Press, and (where you can buy it) group6press.co.uk.

There is quite a tradition of archaeology and books-as-things, as evocations of the past in the present, as gifts. Here are some more. 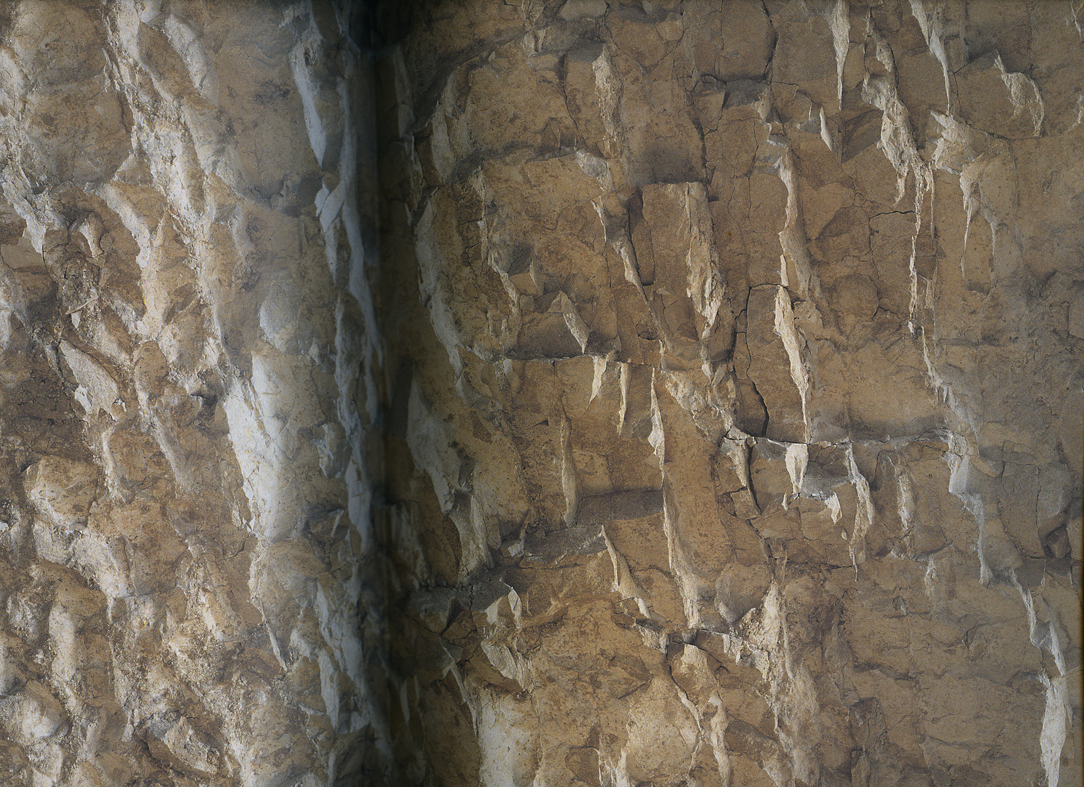 The Dig, photos by Guy Hunt (Blurb 2009), a gift of fond memories for the excavators at the Prescot Street dig in London. 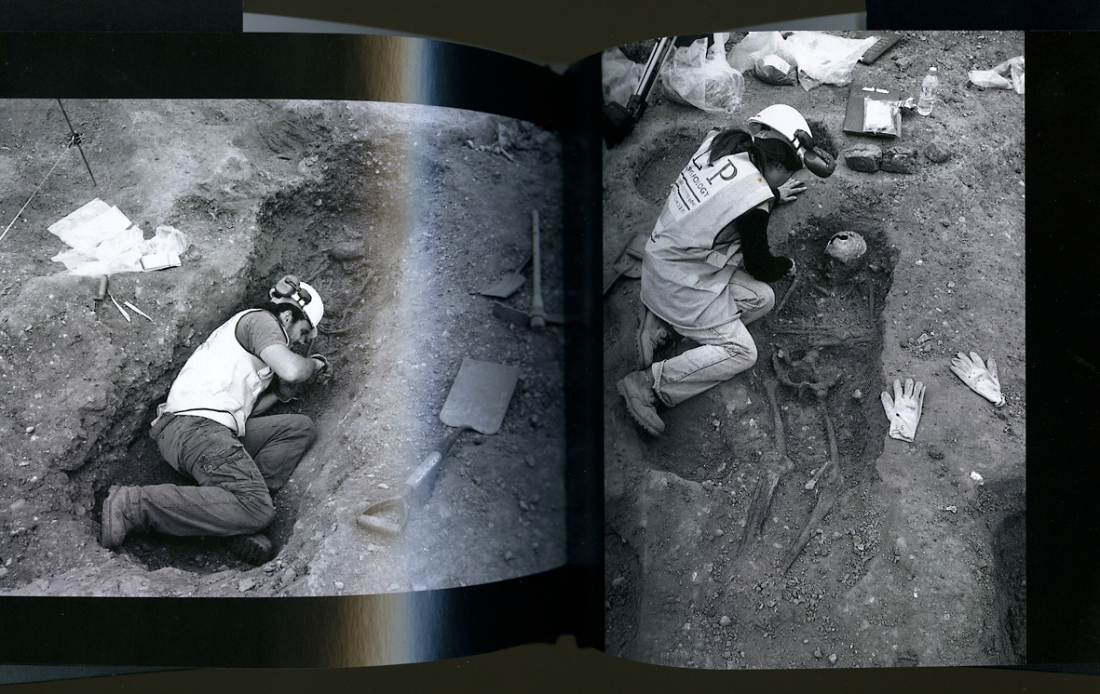 This reminds me of the book that came with Hirst’s diamond skull, For the Love of God: The Making of the Diamond Skull, by Damien Hirst  (Other Criteria 2007). Unlike the others, this book has real specialist reports by archaeologists, including one from the Oxford radiocarbon lab. 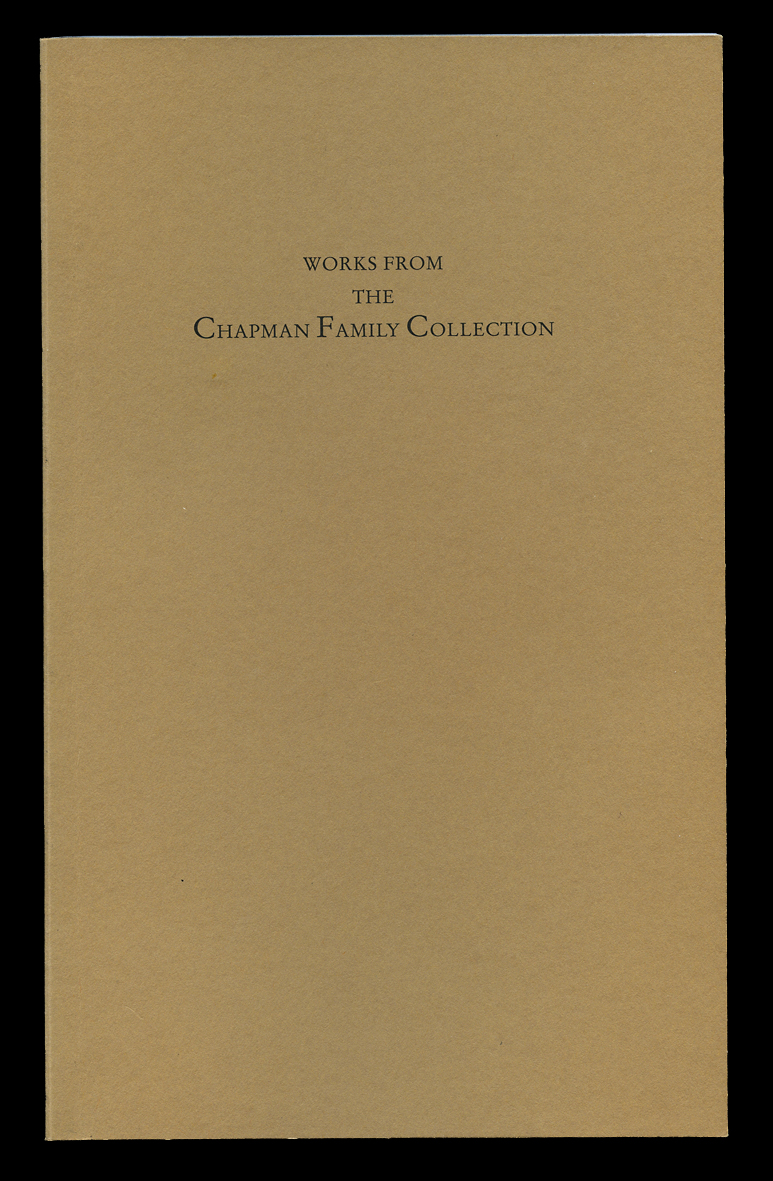 And that takes me to this: Works from the Chapman Family Collection (White Cube 2002). This did not just accompany an exhibition, but was an integral part of it. The artefacts were superb ethnographic wooden sculptures, curiously African yet not quite placeable. The book (and the press releases) proclaimed how the family had built up the collection over nearly a century. It was absolutely beautifully, convincingly done. It was a conceit, a fake, a dig at collectors and dealers (mounted by Jay Jopling, an influential dealer), part of a continuing riff by the artists on cultural invention and re-reading (compare their Goya etchings with added Micky Mouse faces in Insult to Injury) and both disturbing and very funny. All the works had great big references in them to McDonalds. Pleasingly, it was acquired by Tate Britain (though there were six worrying years when it might have disappeared into a private collection).