Yesterday evening I went down to Stonehenge to look at the roads. Not something everyone does, but this is a turning point in a century of argument and striving for change: on Monday part of the A344 was closed. Already the tarmac is being broken up, and soon it will be dug out and the cutting filled.

So now, if, like most people, you approach Stonehenge on the London road from the east, you have to take a slightly longer journey to get to the stones, and enjoy a more gentle winding down as you approach. This is only the start of the changes, but it’s huge. For anyone who’d like to see it but can’t be there, here are some photos. I’ll let them speak for themselves.

They are in three groups, which I’ve marked on the map I used earlier. Coming down the A303 from the east, you now follow the yellow arrow. You have no option but to drive straight through Stonehenge Bottom on the A303. There is a newly enlarged roundabout where you turn onto the A360, but there is nowhere obviously safe to park so I took no photos there. Then a completely new roundabout where the A360 meets the A344 and the B3086 (see my earlier posts here and here and here). Driving down the A344 from there to Stonehenge was weird; it’s no longer a through route, and in time it will soon close to public traffic too. 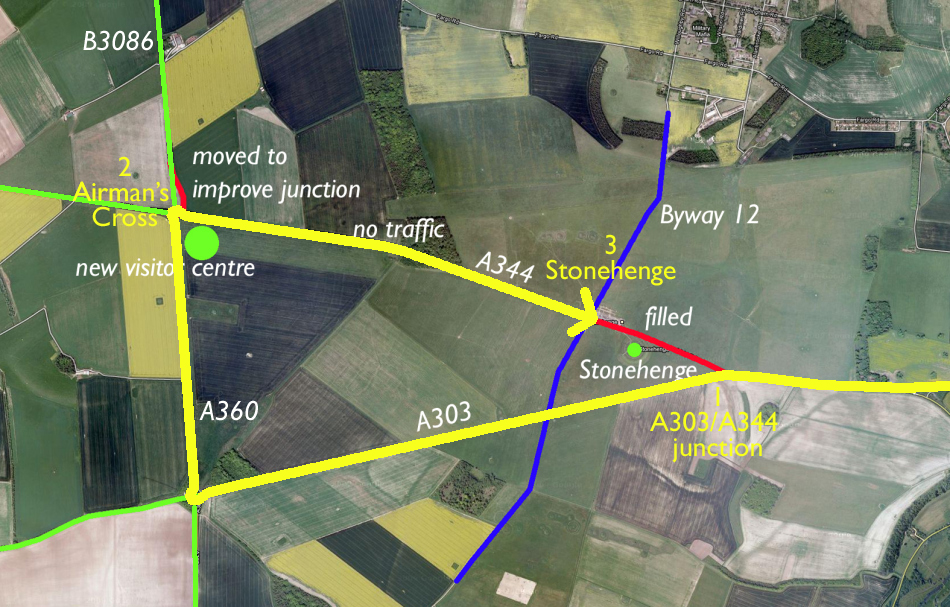 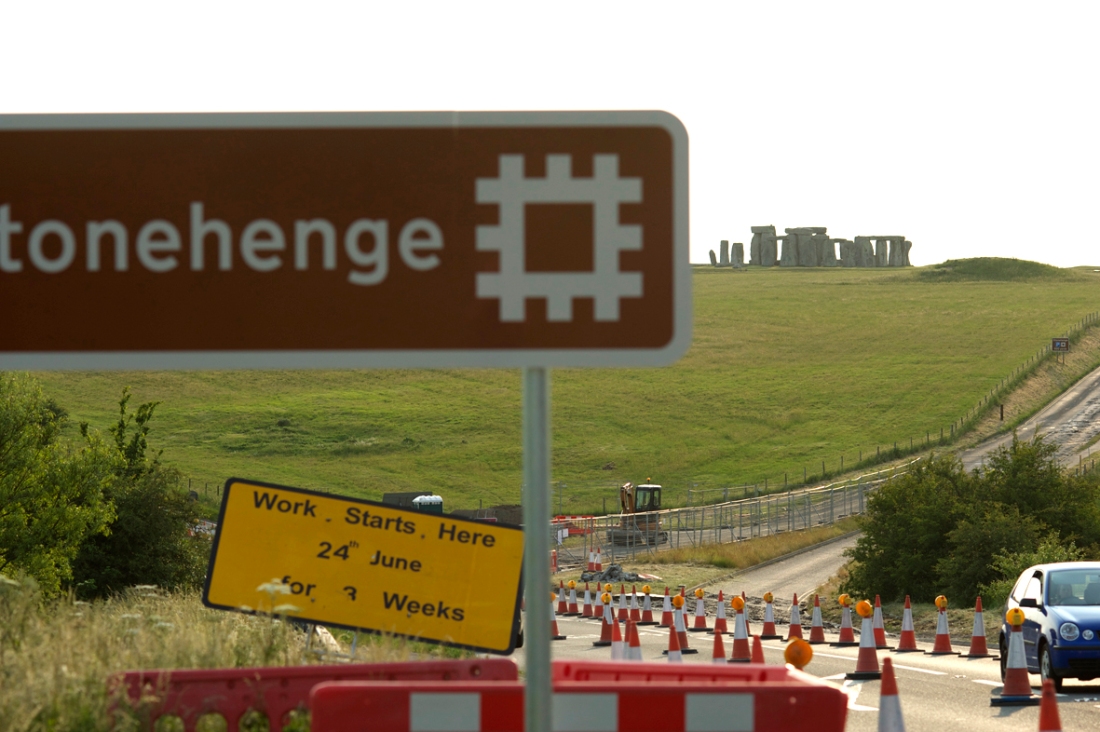 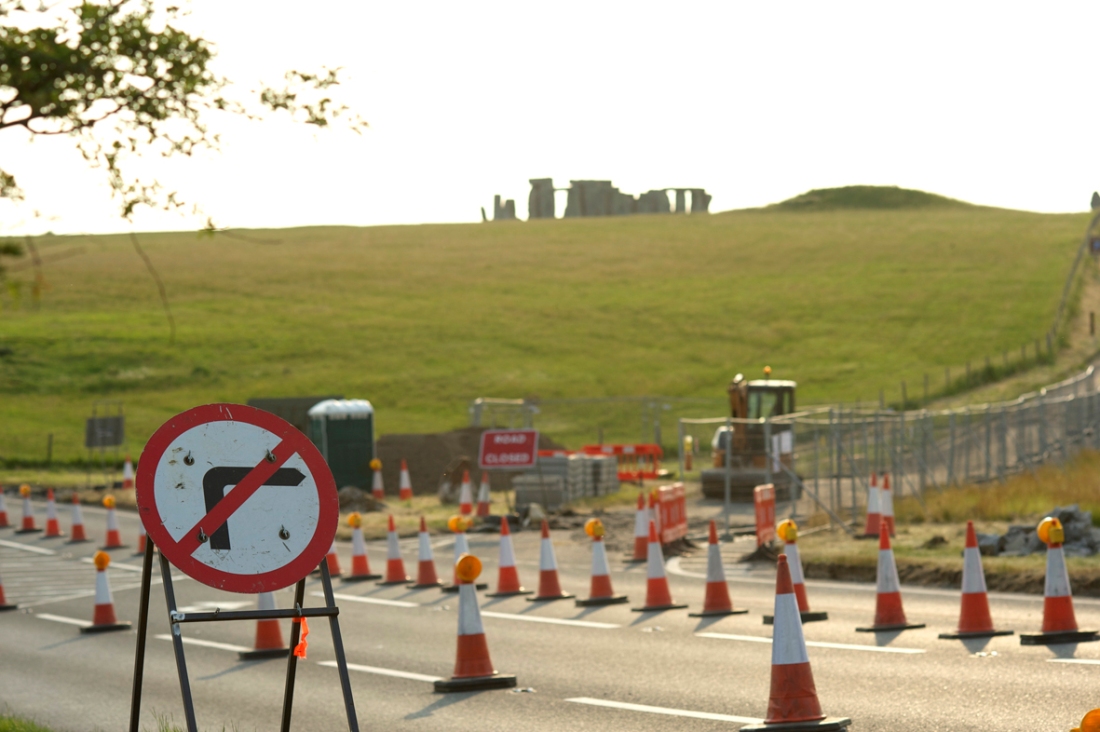 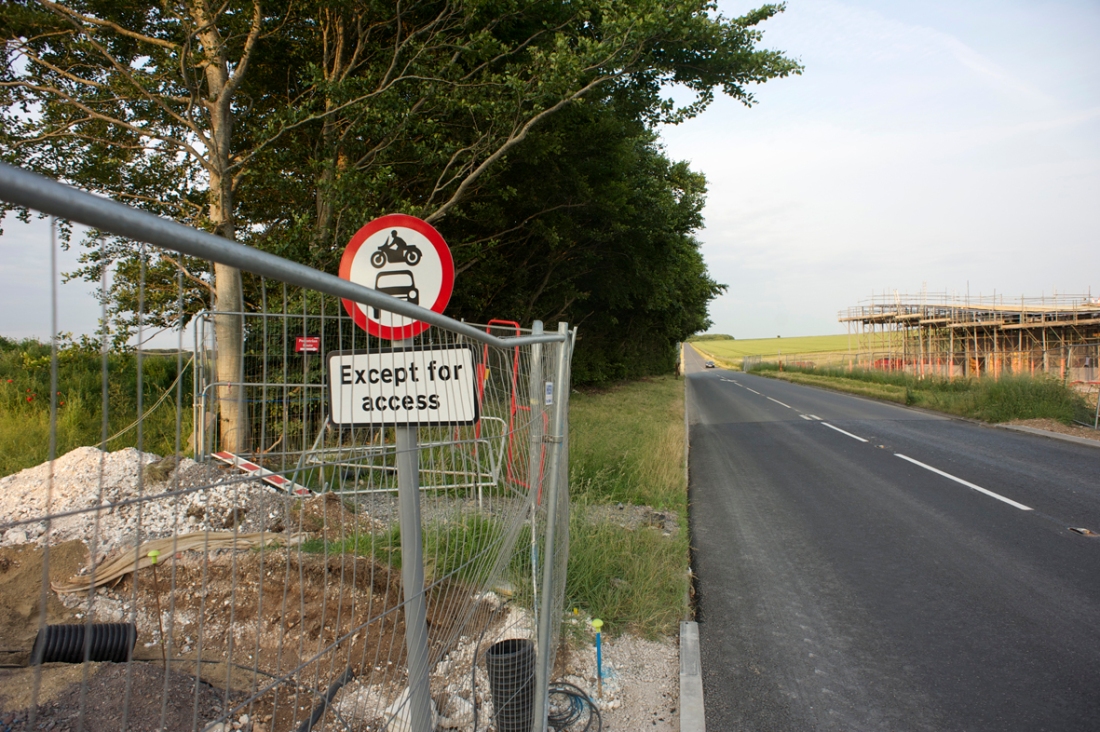 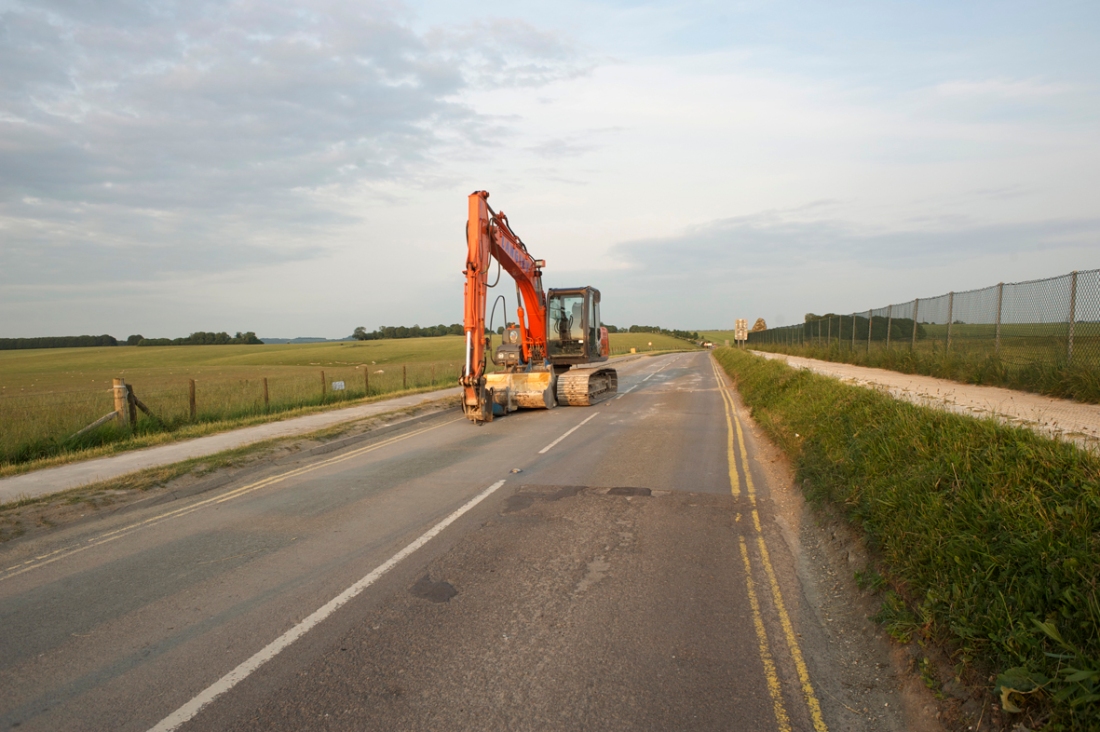 As a footnote, you may have noticed a row of vehicles near the horizon in the views of Stonehenge from the east. Here is a detail:

This is not a road, but an unpaved track known as Byway 12. The anomaly that allows road vehicles onto it is going to become increasingly apparent (for the background to this, read down in my earlier post here)