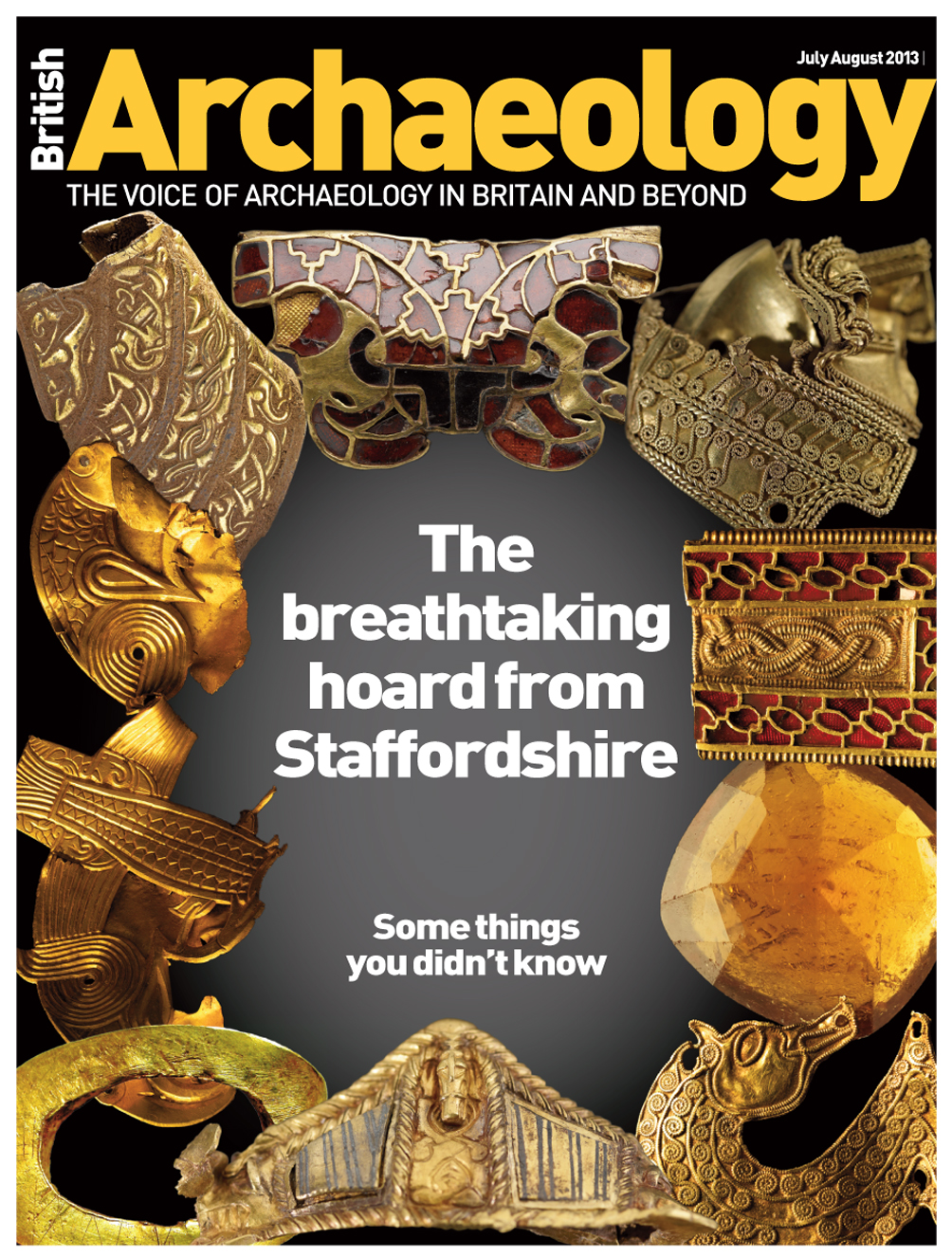 The Staffordshire hoard makes a dramatic front cover for the new British Archaeology, which features the first extensive look at the continuing research into the thousands of pieces of jewelled gold and silver found four years ago. They hope to finish cleaning it all by the end of this year, and then move on to stage two: reconstruction and scientific analysis. We are beginning to see just how remarkable this hoard is.

Other stories include Britain’s oldest early medieval helmet, conserved at the British Museum; a mesolithic flint axe from the North Sea; springs around Silbury Hill; neolithic house reconstructions under trial for the new Stonehenge visitor centre; and a military analysis of early medieval earthworks in Cambridgeshire.

I interviewed Jeremy Deller and Museum of London curator Caroline McDonald, for a feature about Deller’s work for the Venice Biennale, just before they left for Italy. (And elsewhere, Deller asked me to write about early British art for his guest-edited edition of Art Review.) 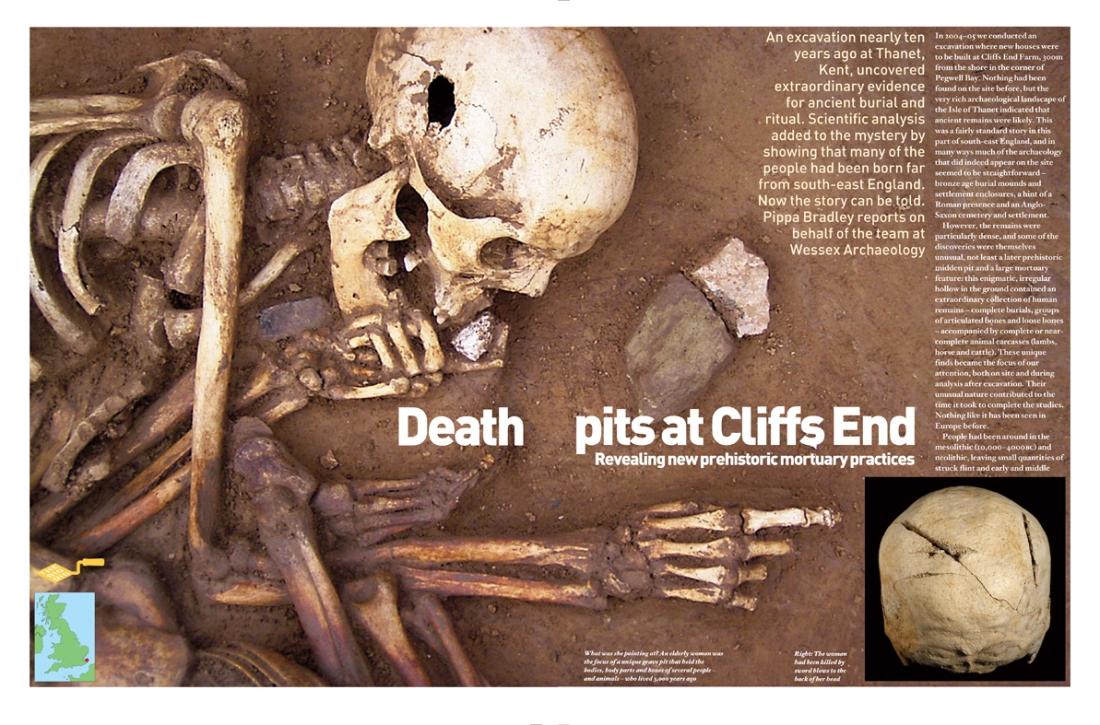 I’ve been waiting for years to publish this feature about an excavation in Kent. Archaeologists found quite extraordinary evidence for bronze age burial and ritual – not least a large pit containing the remains of an elderly woman, male body parts and children, and animals.

And there’s a fascinating article about Alfred the Great.