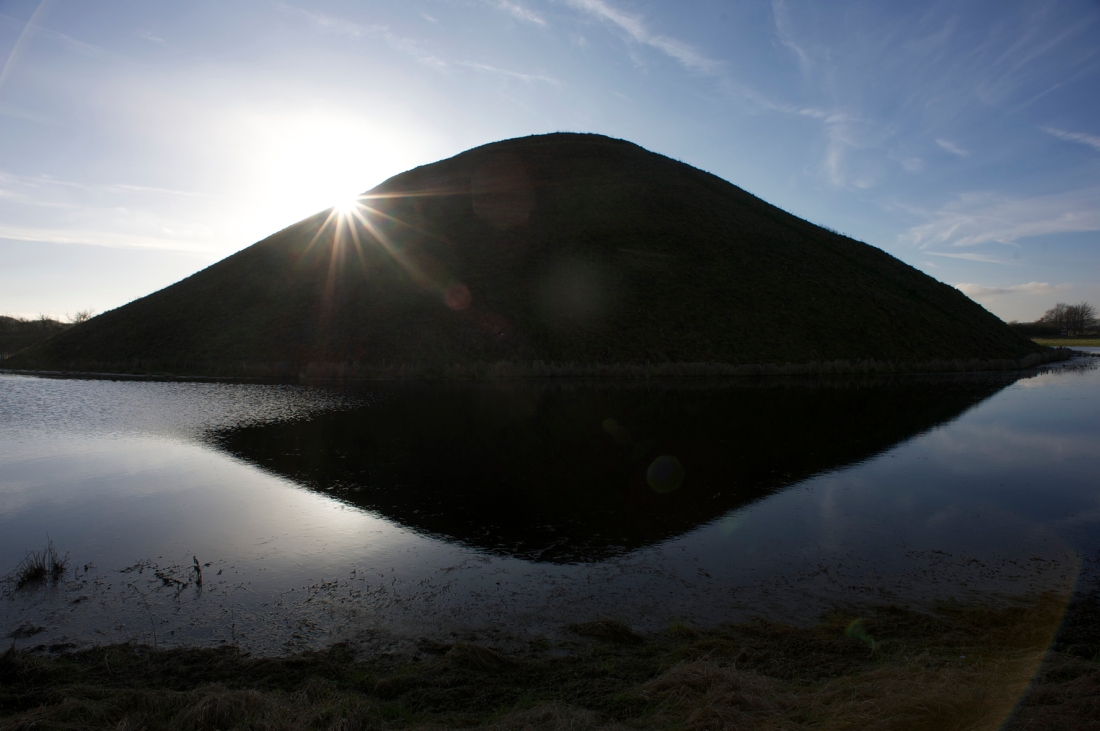 Will Silbury Hill wash away? I think the radio presenter who asked me that was probably joking. It rained a lot a decade ago, and the top of the hill collapsed inwards when poorly backfilled old excavation tunnels slumped. English Heritage fixed it, and really it’s pretty stable now.

It’s been raining a lot again, and as has happened before, the old ditch around Silbury is now flooded. It’s a good time to see the site (especially if the sun shines), as it’s easier to imagine how it might have appeared when it was built – and when its original purpose and meaning were driving events and perceptions in the final neolithic/copper age around 2400BC. So here, in case you can’t make it out there, is how it looked this week. 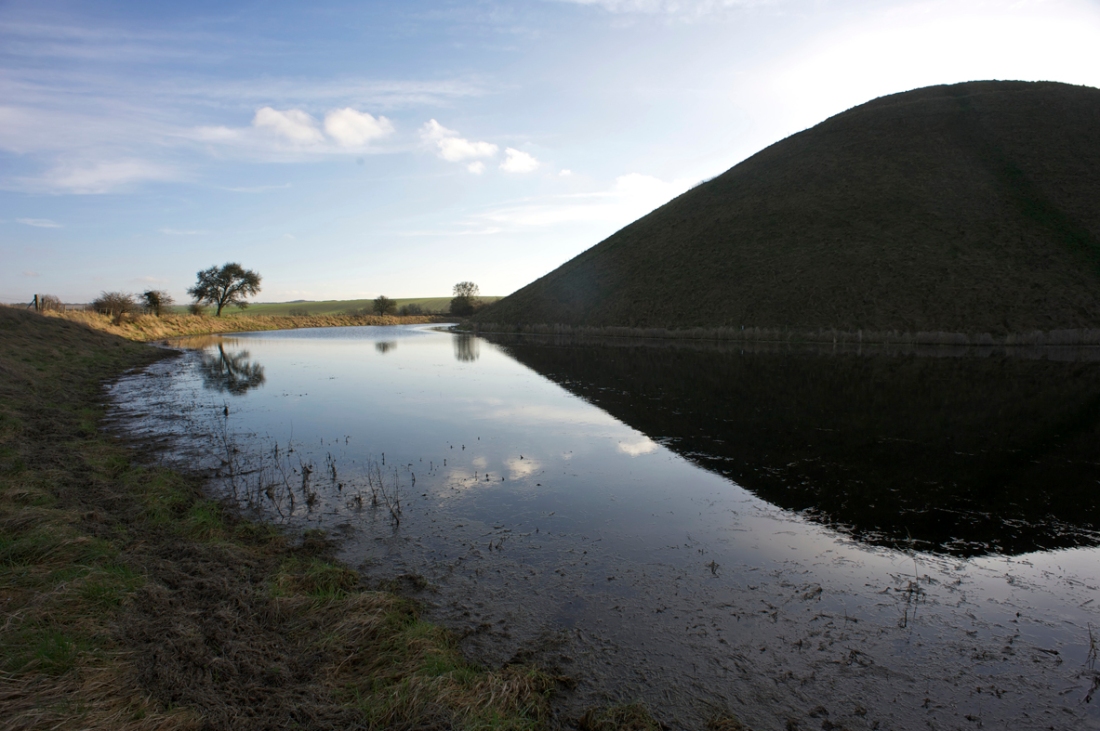 The very base of Silbury is solid chalk rock, but most of it is quarried and mounded rubble, some of it at least packed within rough chalk walls that apparently help retain the hill’s shape. That rubble had to come from somewhere. The easiest way to see the quarry is to look at a plan – because it runs around the hill, you can’t see it all in one view on the ground. 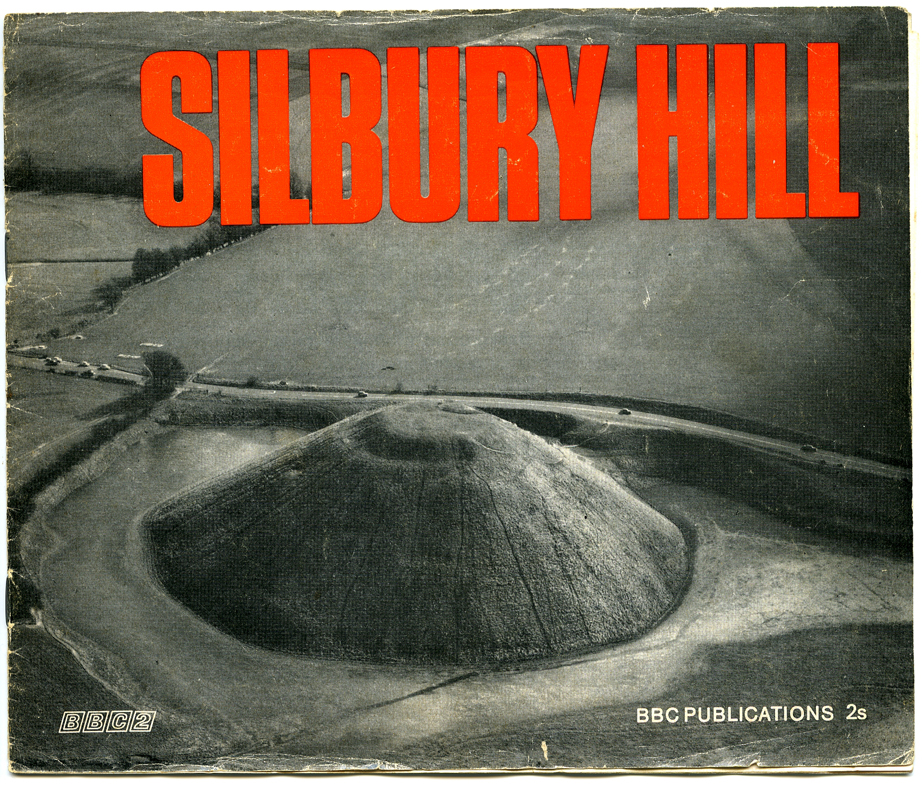 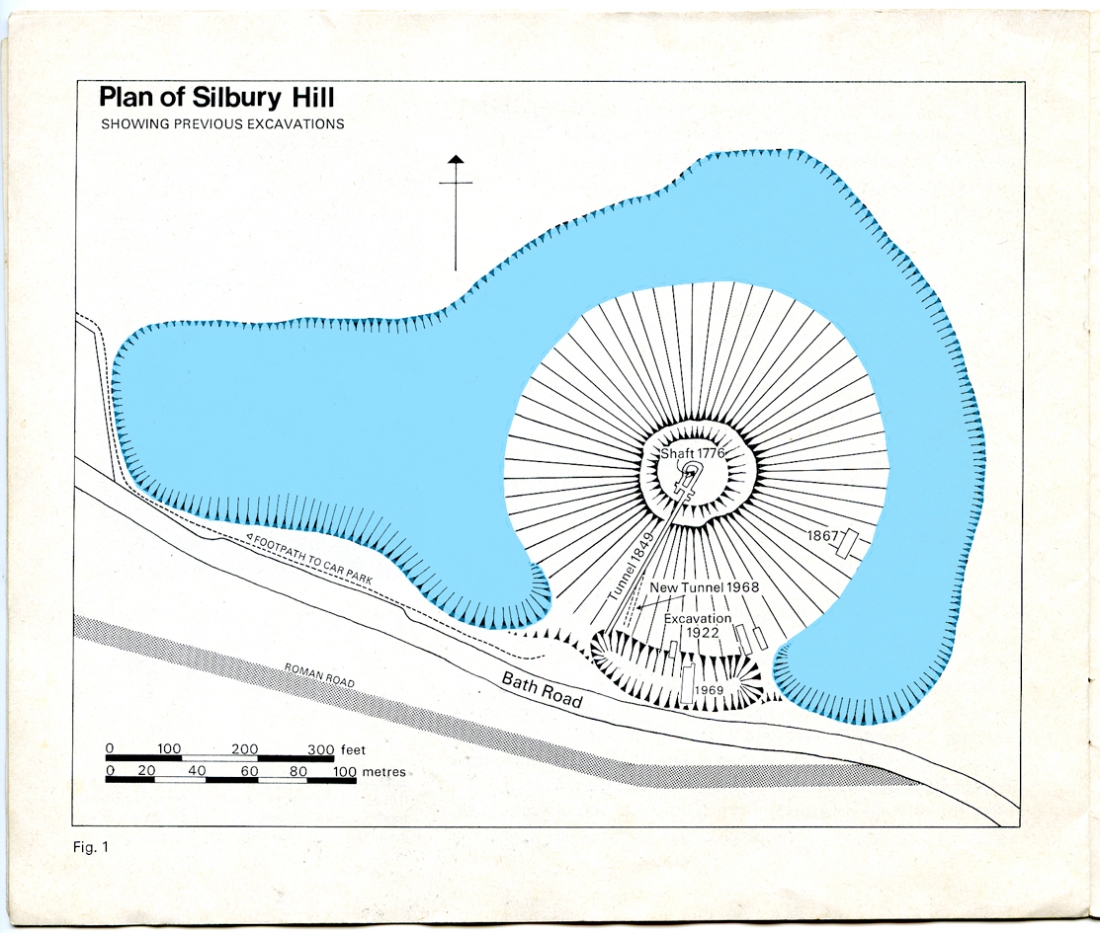 The above is from a pamphlet published by the BBC to accompany its broadcast of Richard Atkinson’s excavation in 1968 and 1969 (there is advice to visitors – you weren’t allowed in the tunnel; I remember Lance Vatcher, who supervised the dig, telling me how a field was used as a car park and the public had to be towed out of the mud). I bought the guide at the museum on my first visit to Avebury when I was at school.

I’ve coloured the quarry blue. As Jim Leary and Dave Field have explained, the Beckhampton brook flows into this and would have filled it with water; close by is the spring at the source of the river Kennet, adding to the watery significance of the location.

Note how on the south edge of the hill is a small stretch of ditch isolated by low “bridges” on either side. 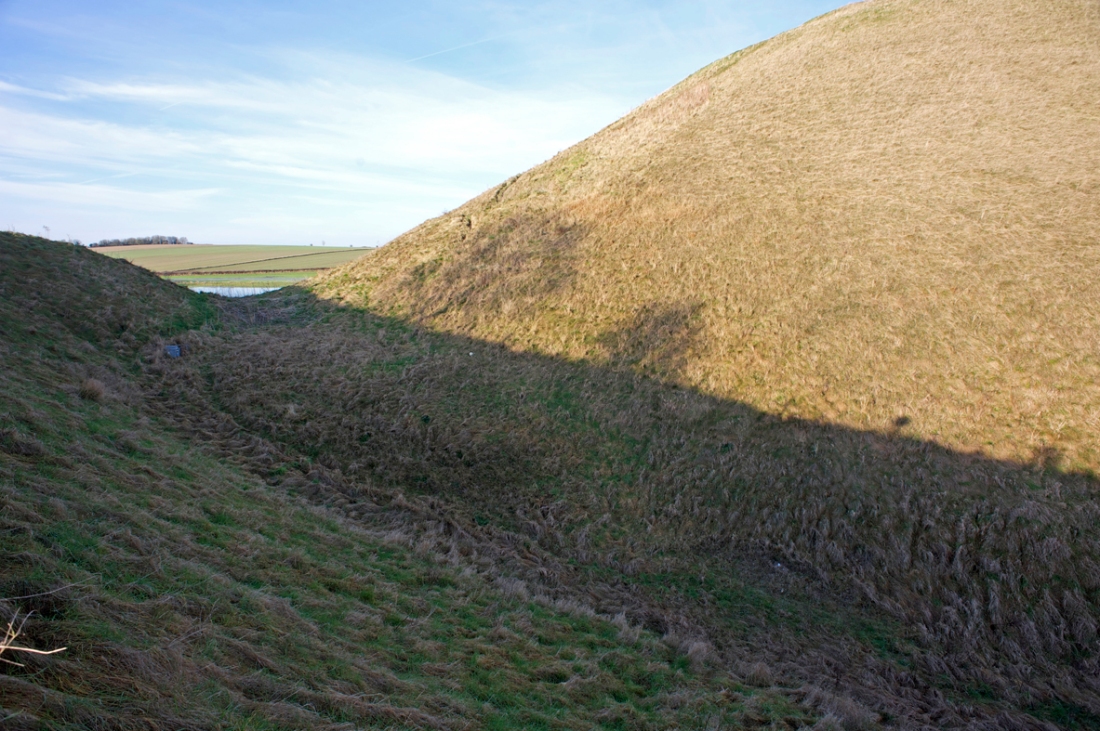 Atkinson dug a trench here, but it didn’t reach the bottom. This ditch cannot have filled with spring water, but could it have held rainwater? Were the “bridges” to give access to the hill (if so, perhaps there were wooden structures across them that might have left evidence excavation could uncover)? Or were they – instead or in addition – designed deliberately to isolate that bit of ditch, for some unknown purpose?

Such association of neolithic monuments and water has long been commented on by archaeologists. Leary and Field note the scarcity of burials in this era, and suggest people might have been casting cremation ashes into rivers. Was Silbury’s moat a collective grave, a watery entrance to another world?

The idea can be tested. If sufficient quantities of ash were cast into the ditch, some might remain in the deep silts. These silts can easily be cored and sampled. Several recent studies have successfully extracted fossil DNA from sediments. It seems worth checking to see if, deep below the water and the silts in Silbury’s ditch, still lie traces of the people who may have looked to the hill to mark their passage into history.

This is what Silbury looks like when it’s dry.

And of course, as Jim Leary says, please don’t climb all over the hill, it’s damaging and disrespectful!