The new British Archaeology, of course, looks at the origins and demise of Time Team – I’ll bet you don’t often read how the former go back to General Pitt-Rivers. 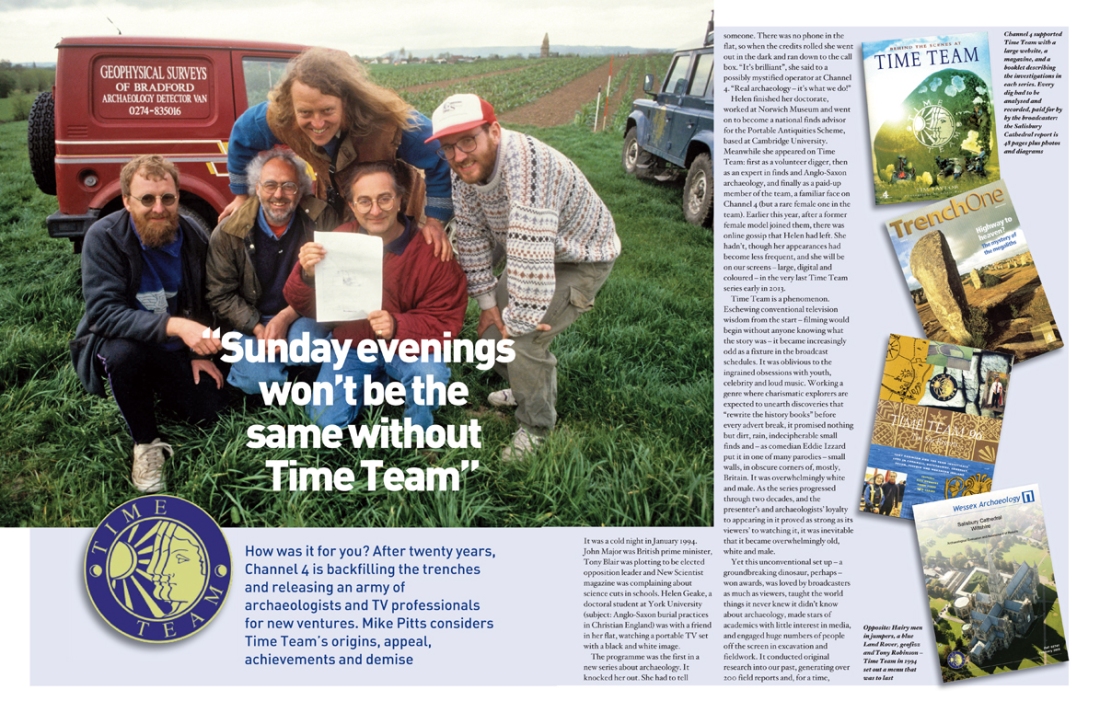 The common feeling I get talking to people at the centre of it all is that its time had come. I saw John Gater a few days ago, the geofizz man. He joined the first programme to help out a friend, Mick Aston. But, he said, “If I knew what was going to happen, I wouldn’t have missed it for the world”.

And there’s much else in the new edition that’s really interesting, not least the two other features whose opening spreads I also show here. One of my favourite things is just one page, a news story about something wonderful the Pitt-Rivers Museum in Oxford has acquired. If you don’t already subscribe, you can see that page in the free app sample: just search for archaeology in iTunes and scroll down to apps.