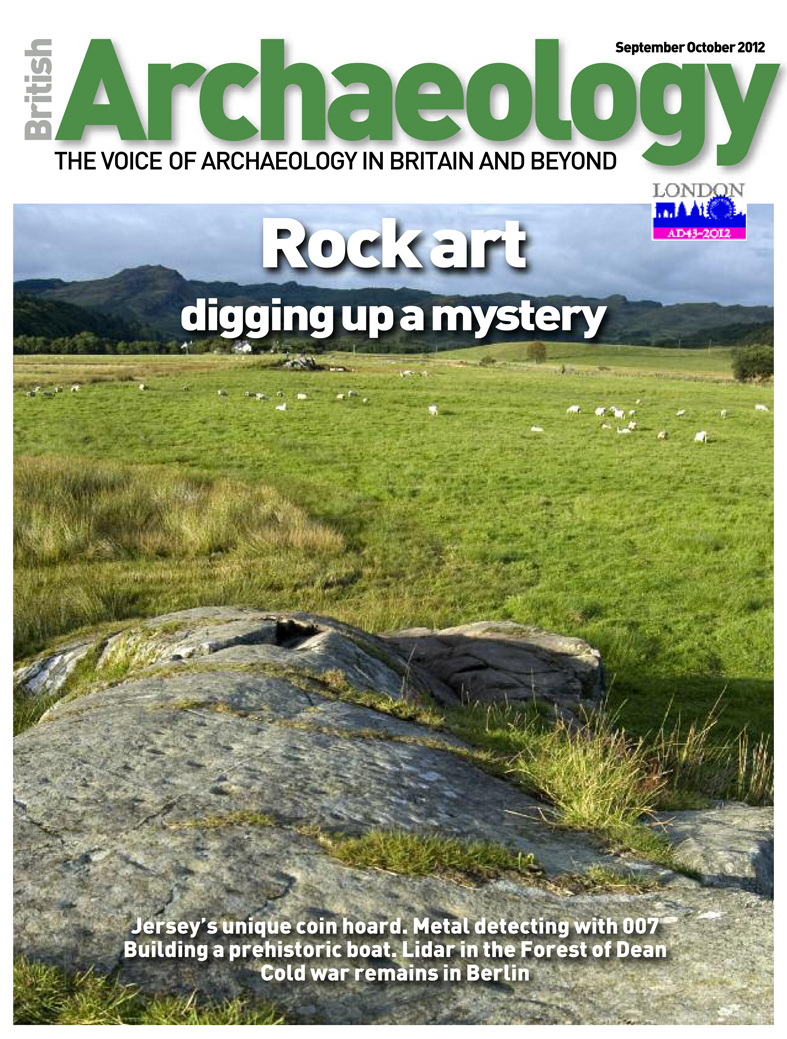 That’s not a lost novel, or even a short story: it’s true. It’s one of the surprising stories (courtesy of Edward Biddulph) featured in the new British Archaeology. Many regular readers of this blog will be getting their magazine in the post (mine came this morning), but if you’re not one of those you can find it in Smiths on Friday (in the UK), or online now or on iTunes within a day or so. You can figure it all out on the much improved new look (in progress) Council for British Archaeology website. And here are more tasters. 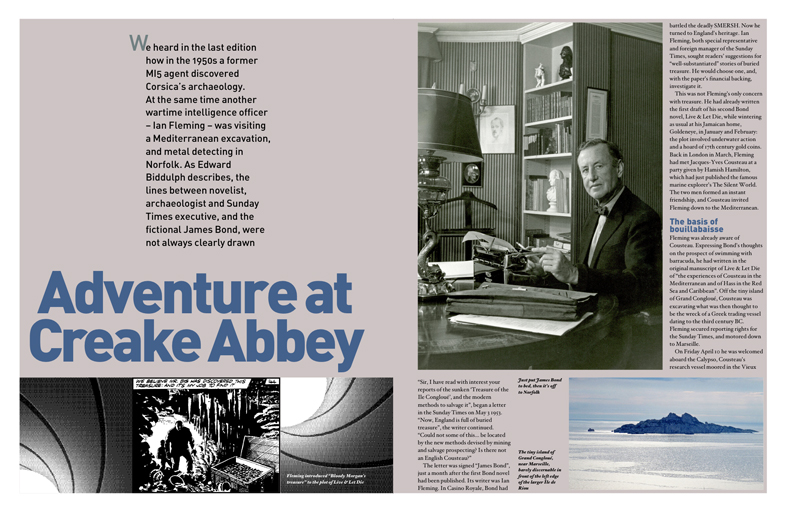 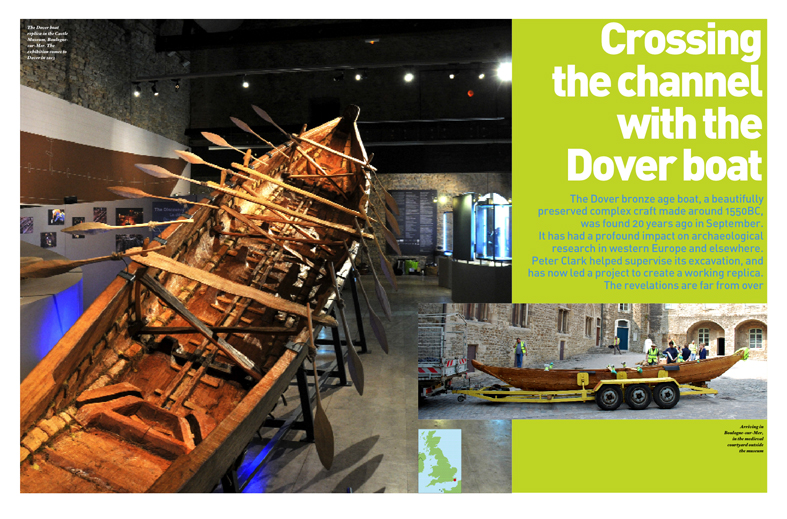 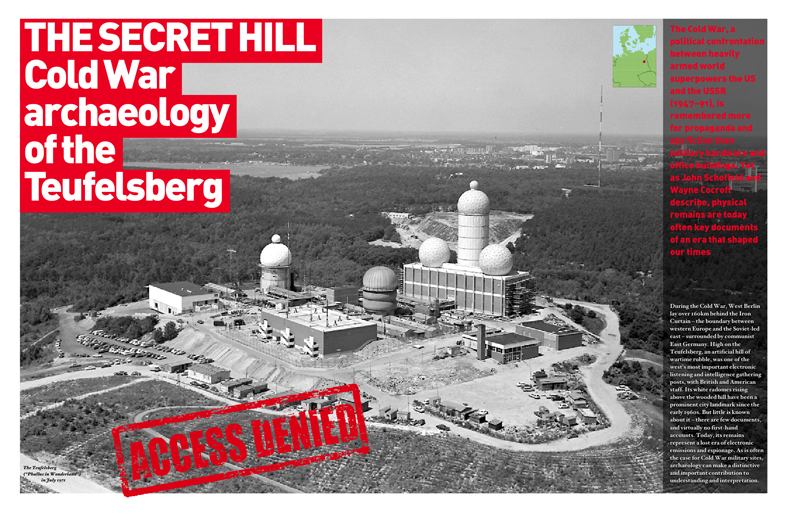 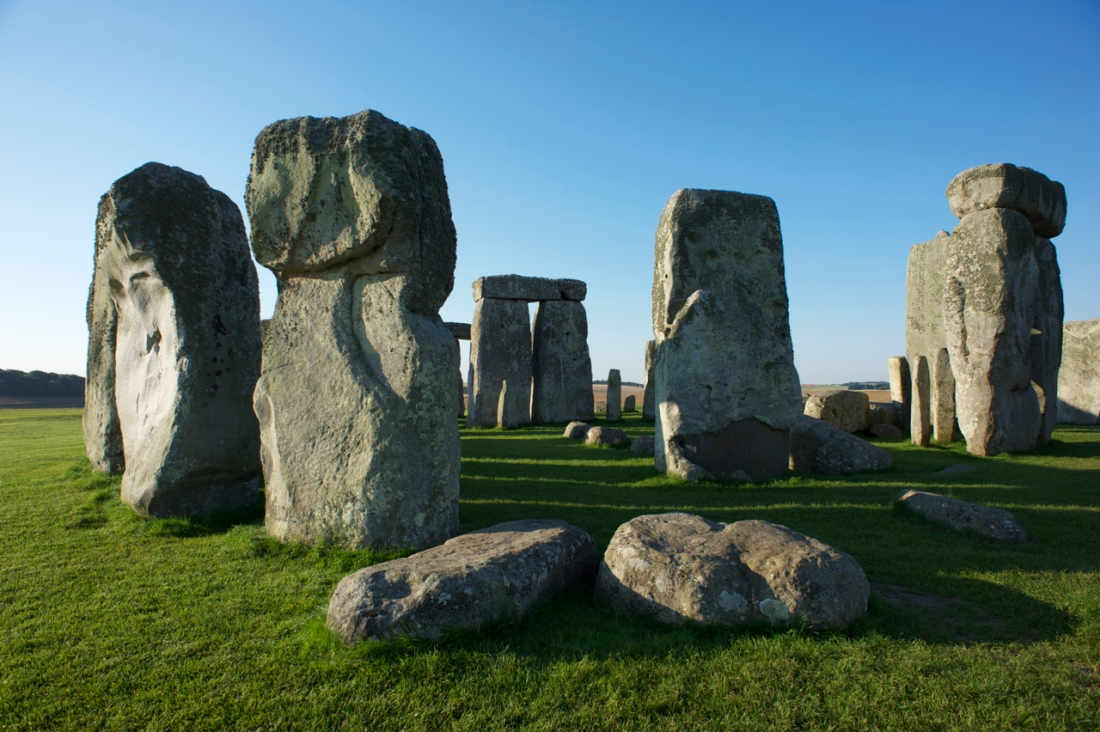 I was at Stonehenge a few weeks ago early in the morning, when it was unusually clear and sunny – so great for looking at the stones. There’s always something new to see. Here are some. 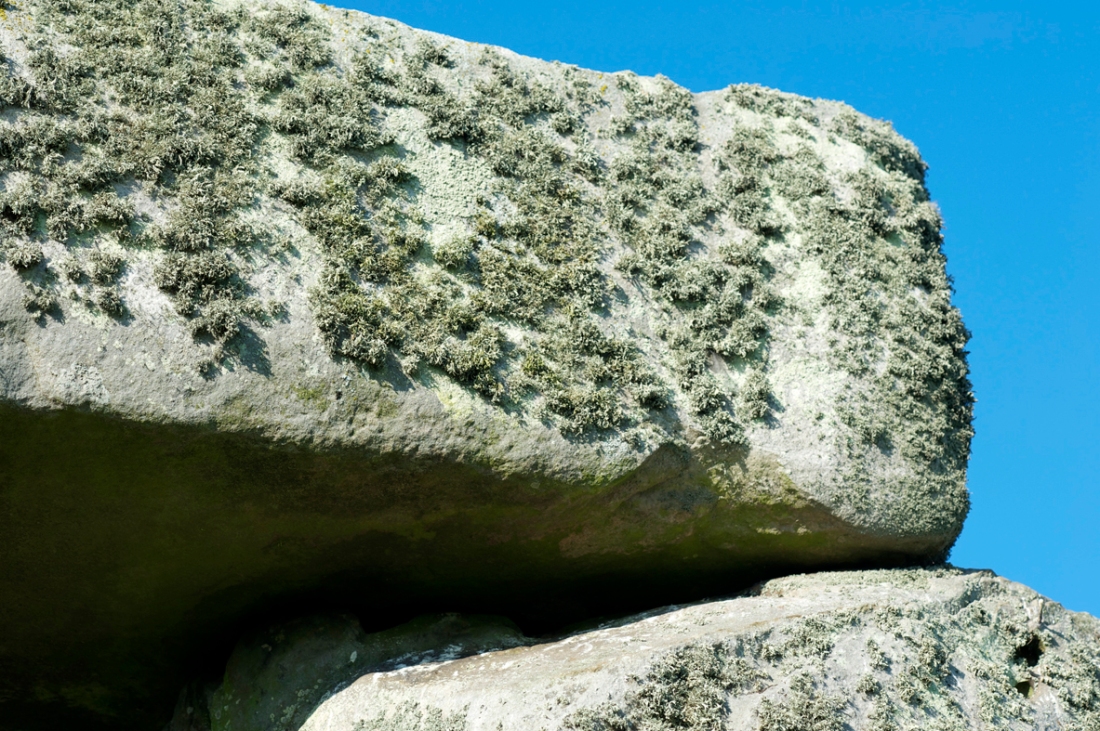 This is sarsen lintel 130, one of those raised and replaced when the stones below were straightened and set in concrete in 1920. That flake scar on the bottom edge near the right end looks recent. Did they knock a bit off? 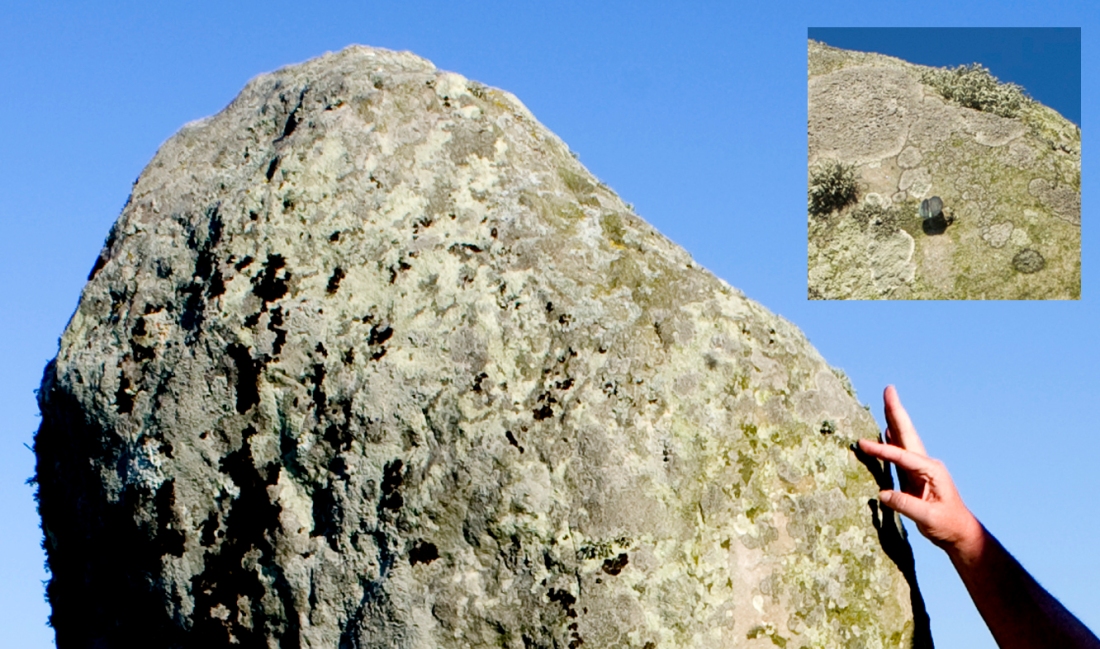 This is very odd. Does anyone know anything about it? We found two modern screws, just a bit corroded, in two of the sarsens. This is the small upright no. 11. Mike Parker Pearson’s index finger is almost touching the screw (detail inset). How do you get a screw into sarsen? And here are some more souvenirs left behind. 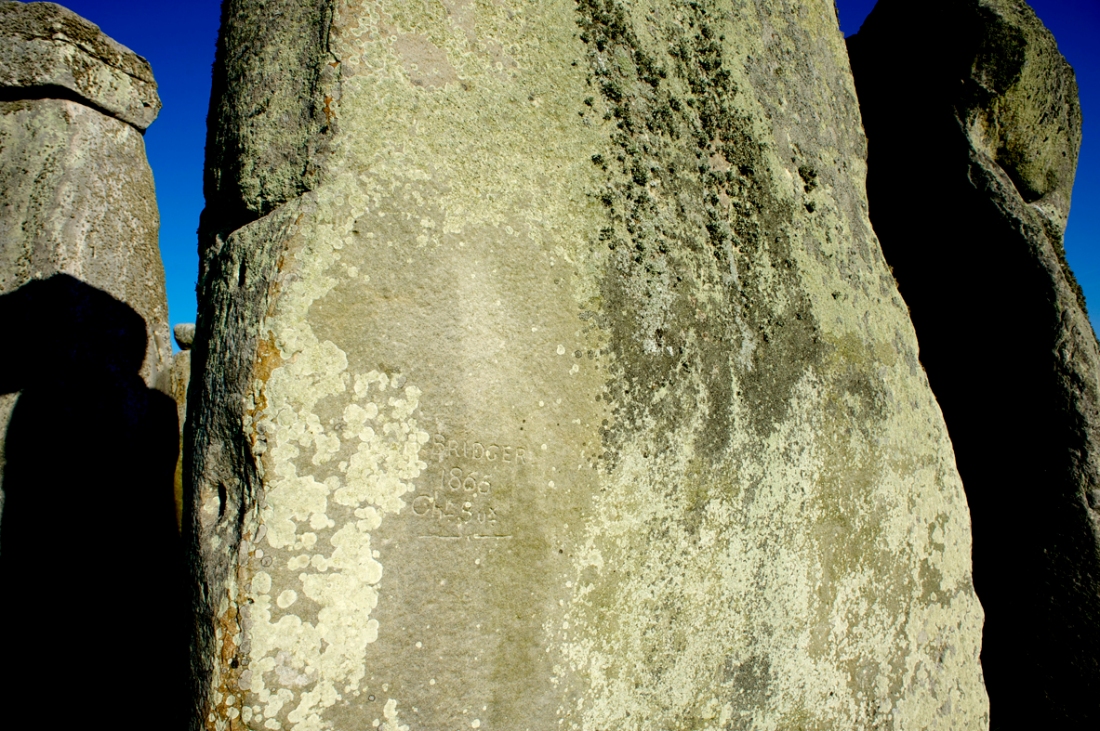 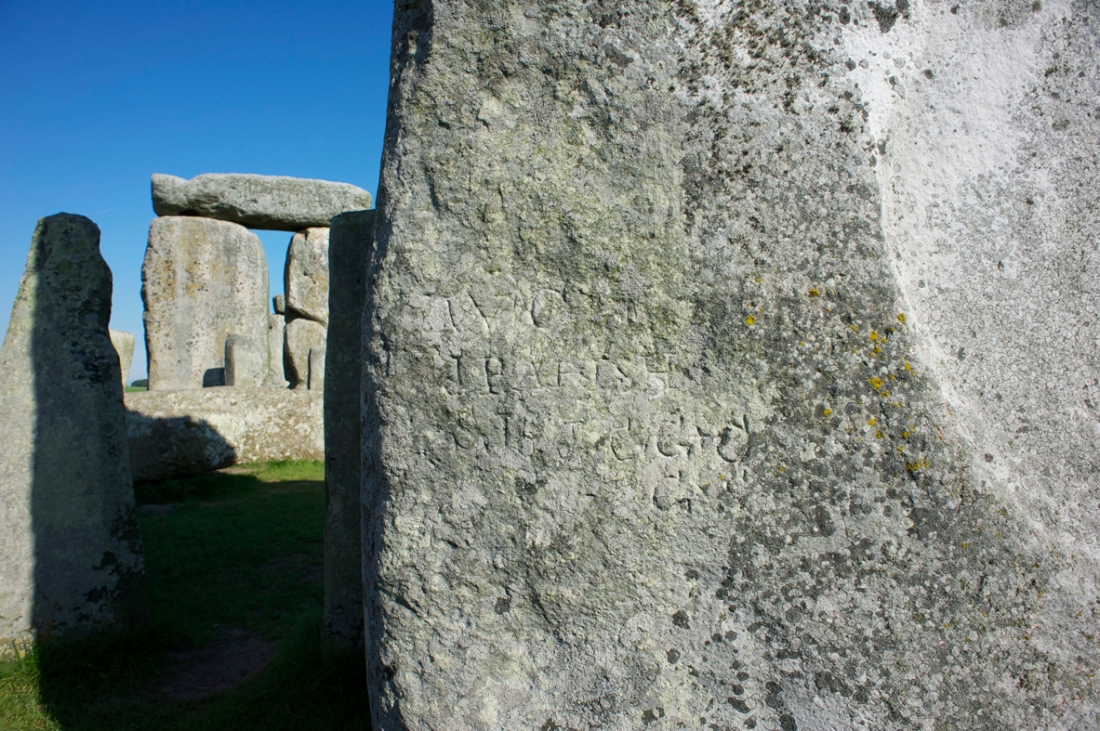 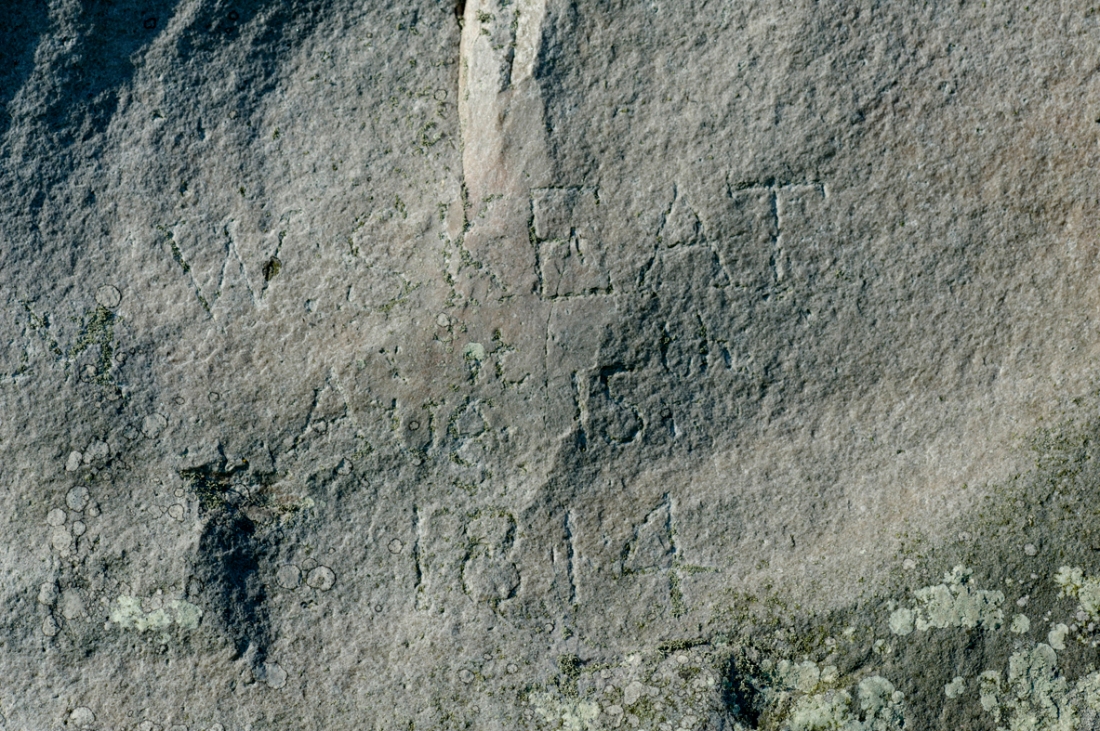 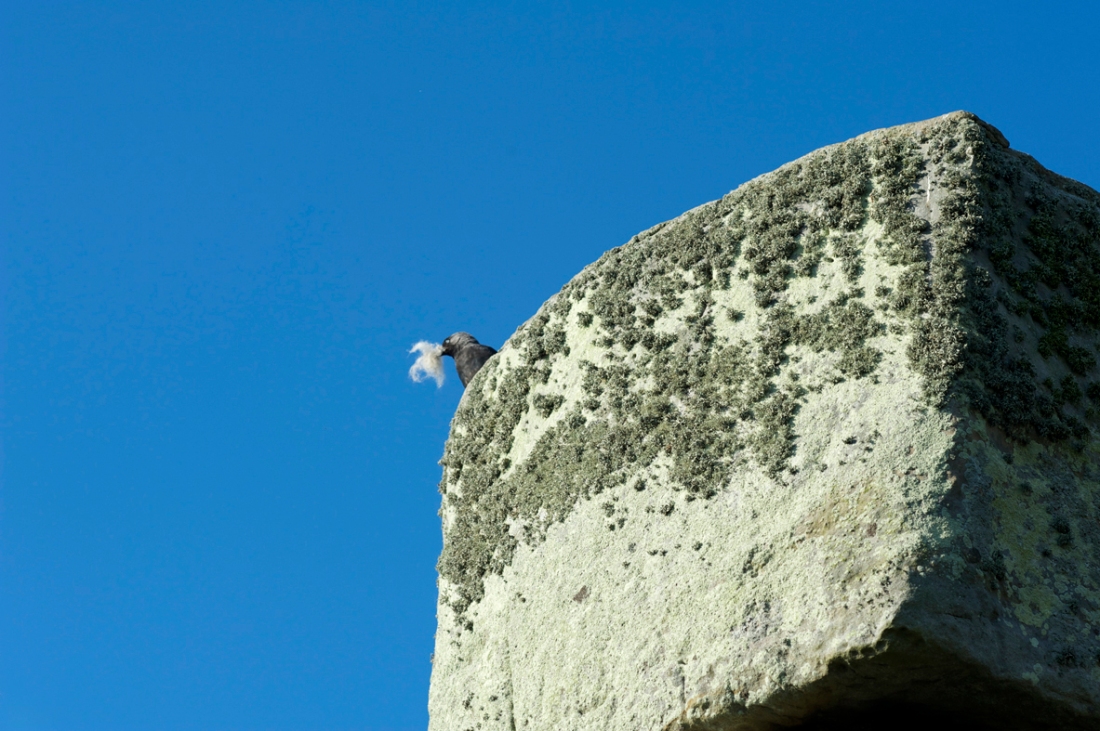 At the end of July I took the photo below at the biannual Boxford Masques near Newbury. I don’t usually do this, but the photo interests me so much I’m going to give a little technical detail. 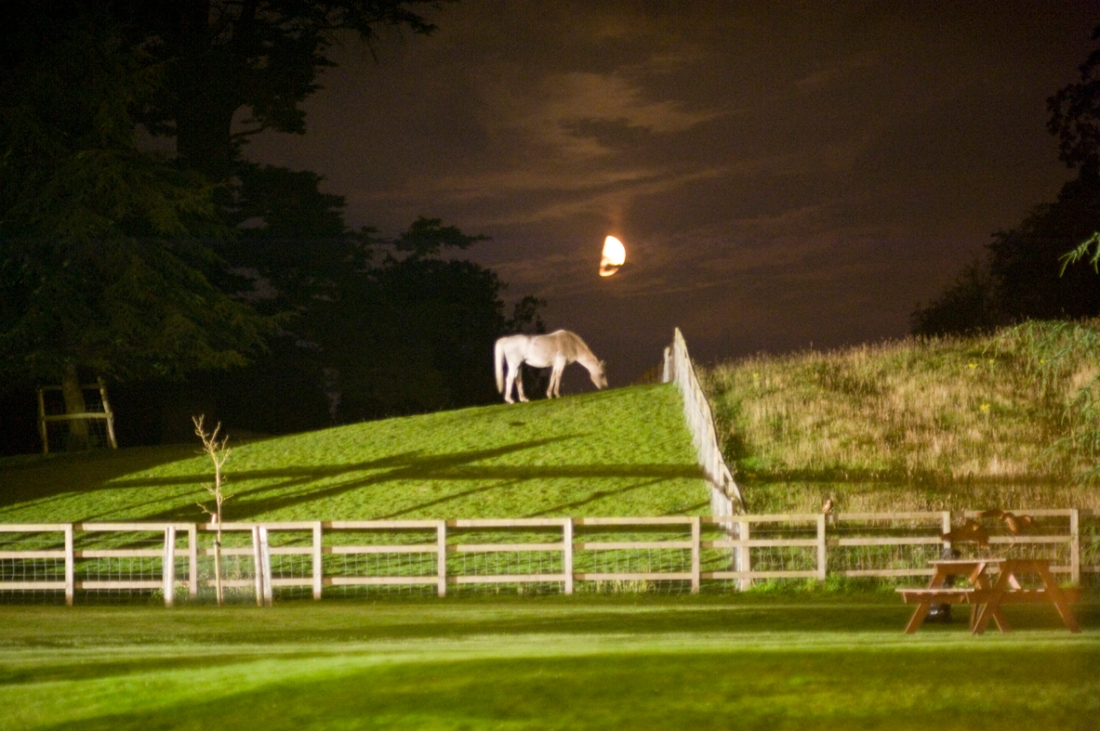 This year the masque was held at the lovely – and immaculately maintained –  Welford Park. (Curiously my young daughter took her first turn on stage – star turn, naturally! – in a play that featured an archaeologist: Harold Peake and his wife Charlotte Peake, who first staged the masques with OGS Crawford in attendance early in the last century, as described in Kitty Hauser’s engaging book.) 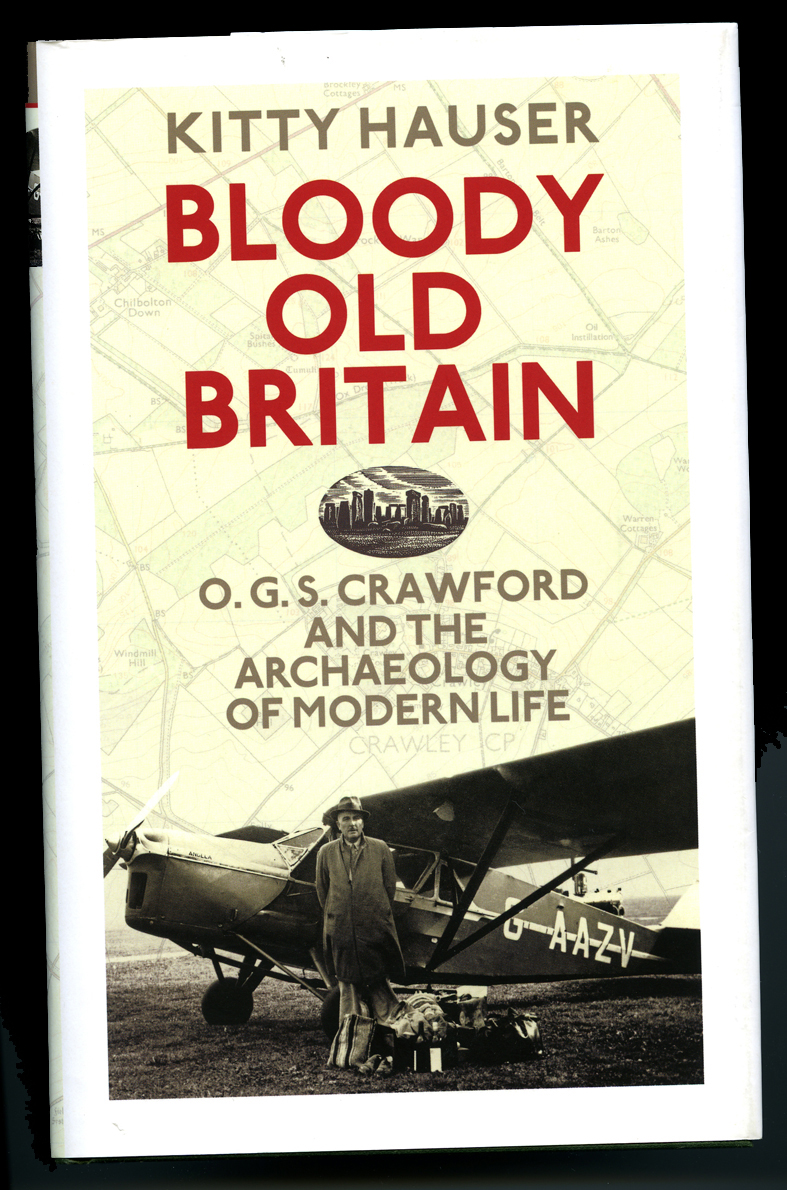 It was completely dark, except for a little electric light straying in from the left from the outdoor stage lighting. I noticed the moon glowing through the clouds over a white horse, and took a few photos – the horse and moon, silhouetted trees and land and a little fencing were almost all I could see. I had no support, just my elbows on a picnic table, so I was surprised how well they came out. The camera was a Nikon D700 set at ISO 6400, with a 135mm AF-DC Nikkor lens at f2, with a half second exposure. I miss Kodachrome, but I could never have done that so casually with film.

And here for good measure is Mike’s new book, contentious and very entertaining. 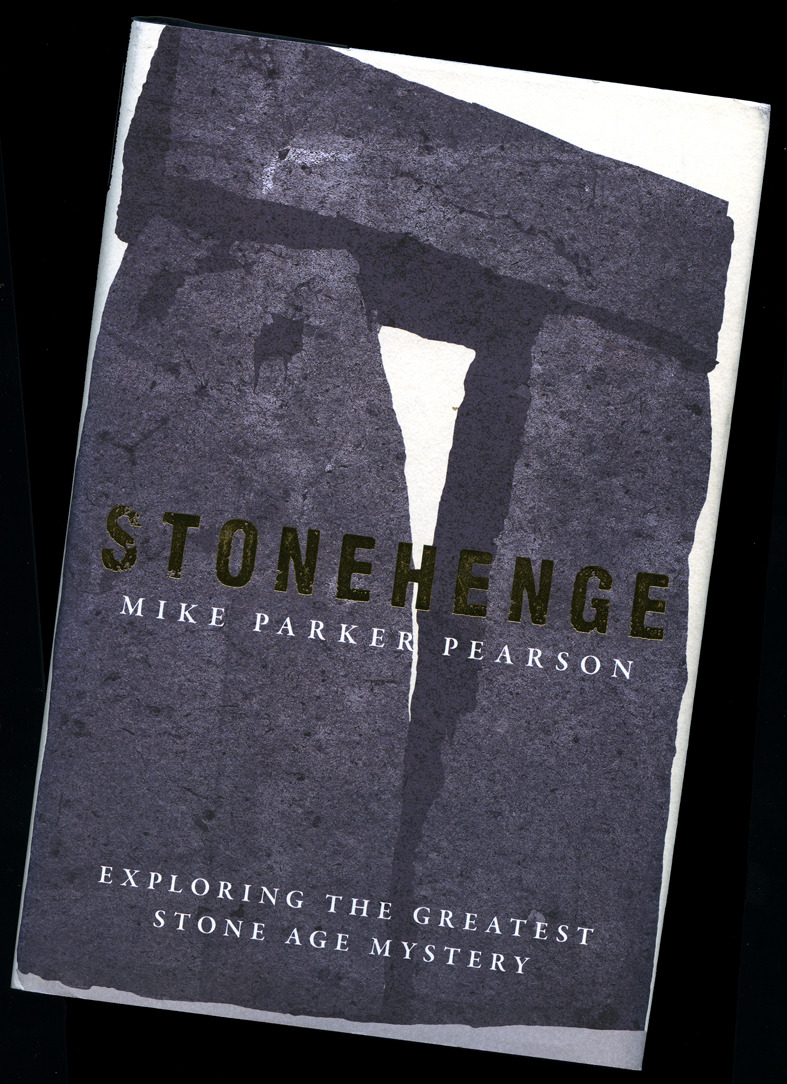