I was in London earlier this week to talk to two people who will be appearing in the next edition of British Archaeology. 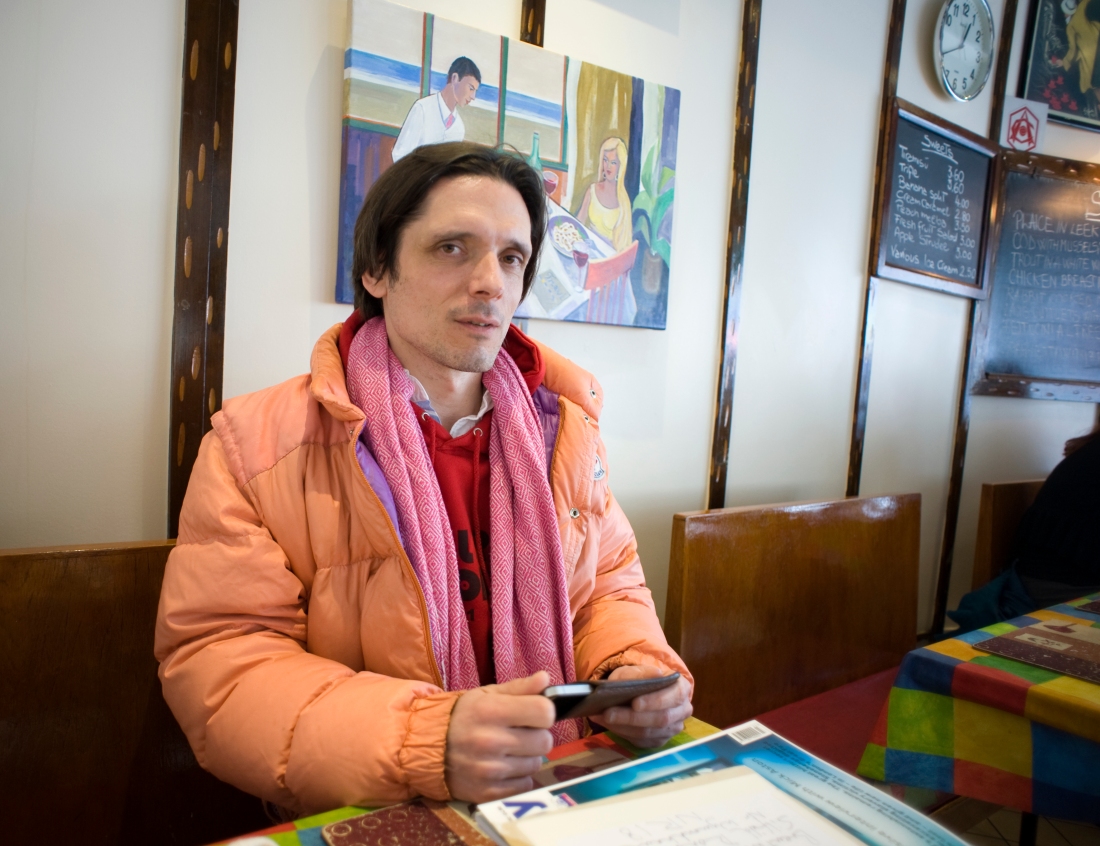 This is Jeremy Deller in his local Italian restaurant, the Trevi, where we talked about his work while he had Marmite toast and tea. He has an entertaining and inspiring show on at the Hayward Gallery, where I learnt – in a section called “My failures”, about projects that didn’t happen – that he had proposed a replica Stonehenge trilithon (to be made in stone) as an entrance portal at the 2012 Olympics site.

This is Gabriel Moshenska, who is celebrating the 75th anniversary of the founding of the Institute of Archaeology in London. The plaque was originally set up in St Johns’ Lodge, a luxury pad In Regent’s Park. The institute moved to Bloomsbury in 1958; when I was a student there the plaque was on the library wall. I think it would be fair to say that very few of us today really understand what Tessa Wheeler achieved. We urgently need someone to research this while there are still people who remember.