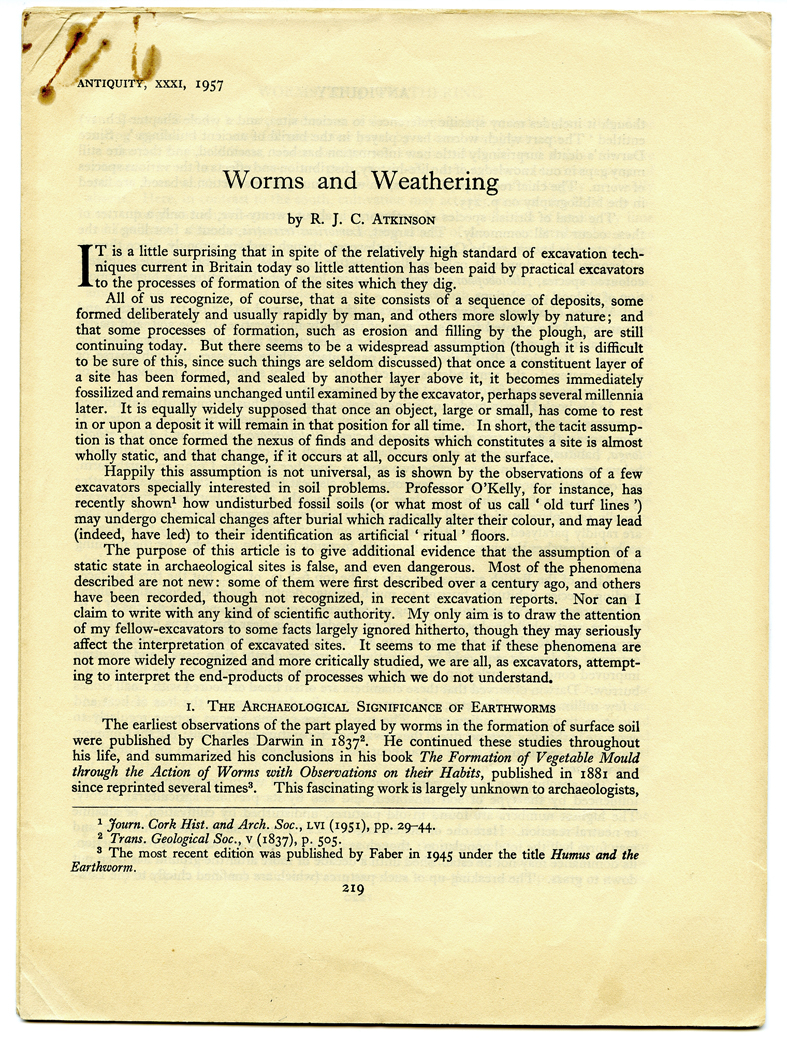 Here’s another of my especially prized offprints. It’s a classic and perceptive paper by Richard Atkinson, about how soils form and what that can tell us about archaeological deposits. He had been excavating at Stonehenge during four years before this was published (in 1950, 1953, 1954 and 1956), and was soon to start on the largest trench there in 1958, continuing into 1959, 1964 and 1978. Apart from an early report on the excavation of two Aubrey Holes, this offprint from Antiquity was the nearest he got to actually publishing any of his excavations in peer-reviewed form, but that’s another story. 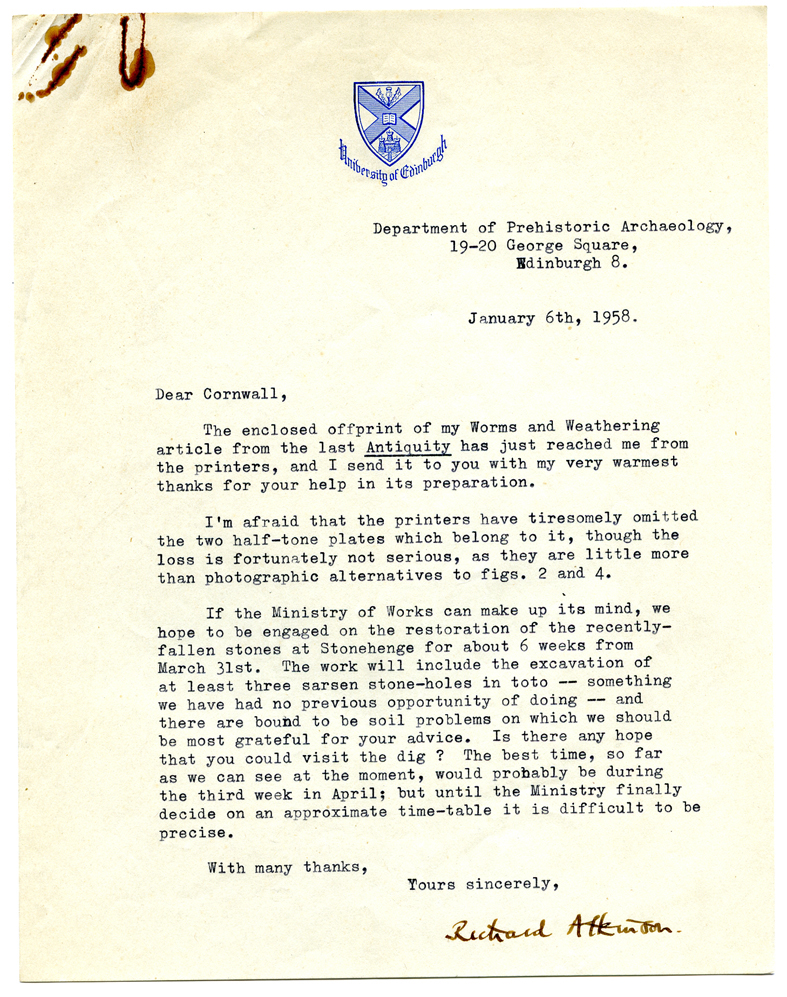 His letter to Ian Cornwall (the address “Cornwall” was a blend of restrained friendliness and respect) refers to the excavations on which he was about to embark. Cornwall was a sort of all round odd job scientist and bone specialist at the Institute of Archaeology in London.