Philip Beale, the Thor Heyerdahl-like visionary with the understated sense of a British classics teacher, spoke to Sonia Deol on Radio 4’s Excess Baggage on Saturday, remembering his “Phoenician” circumnavigation of Africa that came to a successful end last year. As he says, they have just sailed the Phoenicia to Cyprus out of fear for her safety in Syria, where she was docked. Worth a listen, and it will be great to see the ship come up the Thames next summer.

I talked to Philip for British Archaeology in 2004, after his earlier voyage across the Indian Ocean and around the Cape of Good Hope. I’ve pasted the page in below. “I’d like to ﬁnd a business that could pay some of the bills”, he said, “and then do some travel and adventure as well”. He seems to be getting there. 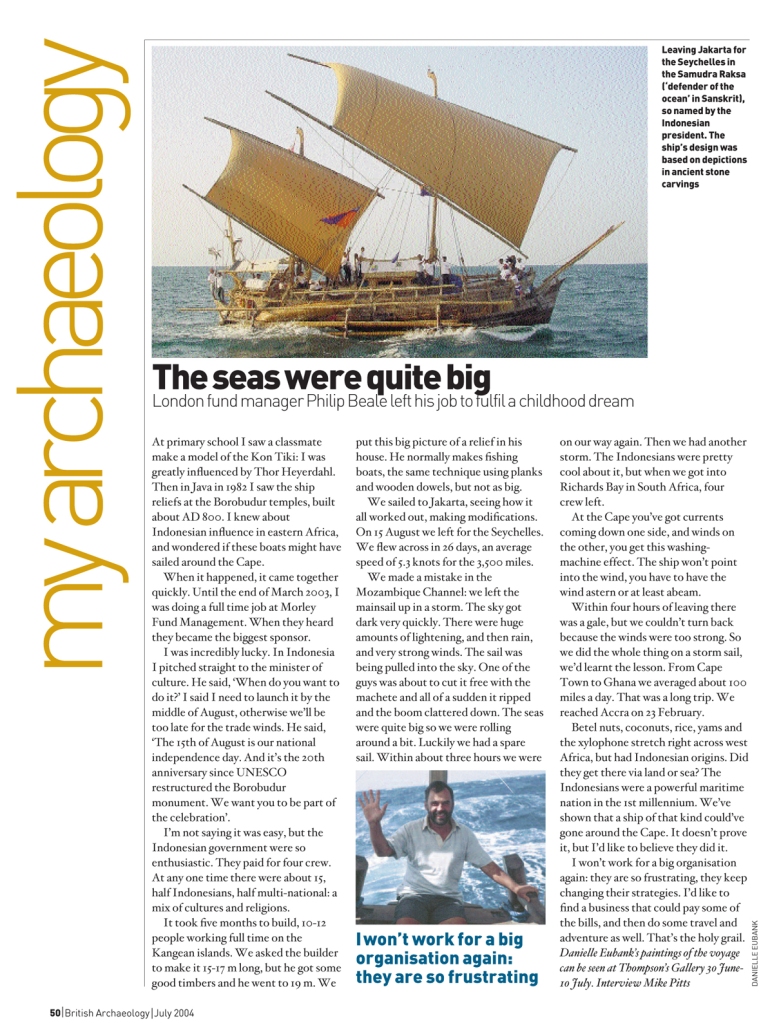